It’s August – new units are on the horizon in the form of Imperial Special Forces, Mandalorians, Anakin Skywalker, Darth Maul, and Clone/Rebel Specialists. All of these units are sure to shake up the game, but we’ve got a few months before they hit the table.

Today we’re going to look at the top 10 units in Star Wars: Legion and we’ll talk a little bit about why. We’ll be including everything that was legal through Invader League Season 5, which includes the releases coming at the end of this month – Arc Troopers, BX droids, and STAP Riders.

Just to define Power Rankings before we start – The units on this list are the units in Star Wars: Legion that are some combination of the most used, most abused, or hardest hitting units in the game. To some degree they need to fit at least one, though most fit two or even three categories. And of course, you can always choose to disagree – We’d love to hear your thoughts in the comments!

Let’s count them down!

The B1 Battle droid is most likely the least notorious unit on this list. However, it has proved itself time and time again and is the main function of why Separatist lists are functional on the tabletop. Basically every CIS list in existence will take a minimum of five of these units (Generally six). In fact, in the Invader League Season 5 Single Elimination Brackets, the B1 Battle droid was the most common corps unit(not to mention most common unit period!) – clocking in at 75 copies in 14 lists (5.35 B1 units per list). The next highest Corps unit was the Phase II which clocked in at 72 across 20 lists (3.6 units per list). Often sporting its E-5C Heavy weapon upgrade, the B1 is a cheap cost efficient unit that ignores traditional suppression mechanics and overwhelms their opponents in sheer numbers. 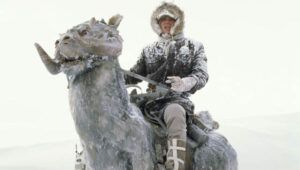 The ubiquitous Taun Taun Riders of LVO(Las Vegas Open) and Invader League Season 4 have certainly dropped down this list substantially in recent months. However, they still have made good showings. Taun Taun Riders were the most taken Support unit in Invader League Season 5 Single Elims and second most taken in the GenCon 2020 Swiss rounds. While they struggle against some of the more powerful interactions in today’s Meta (Namely Range 3 Standby Sharing) they still have been able to press their advantage in many situations through sheer strength of consistency. While they have only take down one major tournament(to my knowledge at least – Ellis in Invader League Season 4) they still have been a constant menace in top cuts of most major tournaments. It’s worth noting that in recent days, the Rotary ATRT has been taken in similar numbers in rebel lists and is starting to compete with them despite it’s lack of versatility. Will the Taun Taun Riders charge back into prevalence in the later stages of 2020? We’ll have to see.

While the Imperial Faction may be struggling as of late, no one can blame it on the Imperial Shore Trooper. The Shore Trooper is the anchor with which any good Imperial list is built upon.  It has been the most common Imperial Corps unit in every major tournament in the last 6 months(though it shares that mostly with it’s counterpart – the DF-90 Mortar). A Natural nemesis to most lists based around corps units and infantry lists that quickly fade to large die pools – The Shoretroopers, like the Taun Tauns, have fallen down this list due to the prevalence of Clones – and more importantly the ARC Trooper strike team, which preys on Shoretrooper saves from afar. Still a tremendously good unit in almost every matchup – every aspiring Imperial Commander should have 3x sets of these at their beck and call, at least. 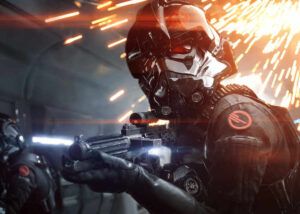 Iden Versio is one of the most recent releases to Star Wars: Legion and has brought the Imperial faction a much needed shot in the arm in regards to tactics and viability. Unlike her mirror release, Cassian Andor, Iden Versio is tremendously flexible before you put her on the battlefield, allowing you to tailor her to the faction and list your are playing each and every game. Interestingly enough however, the best showing we have seen for her thus far was in the GenCon 2020 Top 8 (Eric Riha) where he brought an Iden that did not have a heavy weapon equipped but was tailored for Range 3 and melee combat. That’s right, you heard me, melee. #TenacityIden anyone? Perhaps the most versatile piece in the game to date due to her loadout ability and command card suite, Iden Versio is a force to be reckoned with on the battlefield. 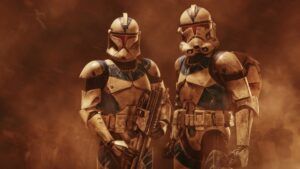 Phase II Clone Troopers at number 6? Are you crazy Mike? No, I’m not crazy – They are certainly the meat and potatoes of the Republic lists dominating the meta right now – but they are by no means the best unit in the game. (Don’t worry, they’re still close!) The Phase II clone trooper, more than other other corps unit, has really redefined the definition of what a gunline corps army looks like. With the addition of reliable 1, Courage 2, and a training slot (Almost always offensive push or overwatch) they dwarf their Phase I brethren when it comes to dominating a battlefield. In the Invader League Season 5 Top 8 there were 19 Phase IIs across 8 lists beating out the separatists at 18 B1 units. As the surge token glue that holds the Republic together, I fully expect to see more Phase II showings over the coming months. 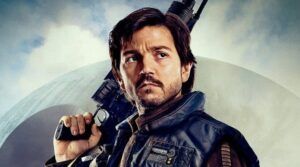 Cassian Andor has redefined many Rebel lists as the go to default hero over Luke Skywalker in recent months. He was the most common Commander across all factions in GenCon 2020 at 19 copies (The next 2 commanders being Iden at 11 and Captain Rex at 9). Additionally in the Invader League Single Elimination rounds he was the only Rebel Commander to be in more than 5 lists, clocking in at 14 copies. While you might say that Cassian is certainly the new hotness – he also brings a unique sweet of abilities specifically able to target today’s meta. His infinite range piercing sniper rifle along side his calculate odds bots (R2 and K2) allow him to consistently put the pressure on Meta Clone armies from afar. As one of the only units in the game that can successfully and safely break a standby ball, Cassian Andor easily slots in at number 5, though I could see an argument for him being higher up on this list. 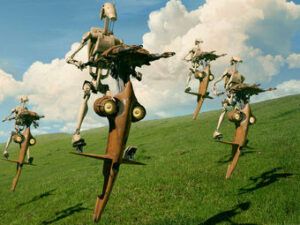 STAP Riders hit the table in Invader League Season 5 with something to prove. As the first support unit taken en mass outside the Rebel Faction basically since the games release they made a resounding note quickly and decisively. While many other lists were transitioning to taking 3x Sniper teams to deal with the clone meta – many separatist generals turned to a dual package of 2x BX droid strikes along side 2x STAP Riders. Two of these lists made the top 8 (Garnanana and Ellis), and were slightly different builds with Dooku or Grievous at the helm of each. The STAP Riders have proven effective alongside the new bombing run objective from Vital Assets in particular. While a somewhat fragile unit in concept, the STAP Riders add a quick and lethal strike alongside it’s standard gunline. I expect that we’ll see much more of this unit in the days to come as people become more familiar with it’s limits and what it can do. 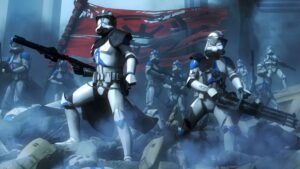 Alright – we all know you were waiting to see the top 3, so here’s the first one. The ARC Trooper! I’ve condensed them (The Strikes and full units) into one entry here although they could easily be separate entries as they are vastly different units. However they both have changed the game substantively. Firstly, they have allowed clone lists to add +3 activations into their lists that have the “Clone Trooper” Keyword. Before the maximum amount of units that could share tokens in a list was 7, now it is 10 since ARCs are the first Clone Trooper units outside the Commander and Corps slots. In the Invader League Single Eliminations there was 57 copies of ARC troopers in some form (8 full units). The next closest was the Rebel Sniper Strike team clocking in at 50. With the suite of keywords(Tactical, Critical, Impervious, to name a few) available to the ARC troopers, its no wonder that they are such a staple of Meta Republic lists currently. Additionally they are bringing some units that were not legal in Invader League, Echo and Fives – both who are poised to make a splash in the meta with their efficient costs and availability in high impact units. 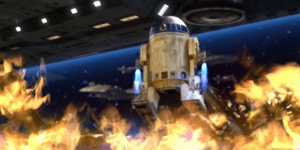 Coming in at number 2 we have the most taken character in the game in every major tournament he has been legal in. R2D2! Where are you? He’s right freaking here. Thats where he is. In Invader League Season 5 he was in 31/40 eligible lists and in Gencon 2020 he was in 30/35 eligible lists. That is to say he was in 81.33% of all Rebel and Republic lists in the last two major events. R2 presents a cheap and meaningful activation in lists and has performed his role to resounding success (He was in both wining lists of each tournament). We’ve seen several iterations of him – with or without C3PO. But at this point R2 has definitely solidified his place in the Meta. Secret Mission allows you to consistently avoid tie breaker situations if necessary (or force a tie breaker situation if you are down) and often just his presence and threat is enough to lure your opponent into a bad situation. If you’re playing GAR or Rebels, take R2, be happy and reap the results!

“In my Book, Experience Outranks Everything” – Clone Captain Rex 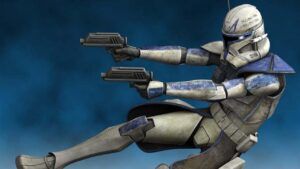 And here we are at number 1. How could it be anyone/anything else? Clone Captain Rex is a hero in the Clone Wars TV show and he’s a hero on the Star Wars: Legion table. And more importantly he’s the best unit i the game on the Star Wars: Legion table. Clone Captain Rex is the glue that holds the Meta together right now. His cheapness allows you to bring enough clones to saturate your list with tokens while his unit card abilities – namely Tactical, Scouting Party, and Command slot bring tremendous flexibility in how you can operate your list. Additionally all of his command cards are on point – Call Me Captain allows you to punish any melee or close ranged threat(Jedi/Taun Tauns), Take that Clankers allows you to fire with your Phase IIs or ARCs at range 5, and We’re Not Programmed brings some much needed supression management and Fire Support capabilities into the list (To say nothing of the surge token generation). You can’t get any better for what you’re paying for when you put Rex on the table. He was in 5 of 8 lists in the Top 8 of Invader League Season 5, and won both Invader League and GenCon 2020. If you’re playing clones, this guy is it.

Well there we have it – Our Top 10 Power Rankings for August 2020. I can’t wait to see what the rest of the year brings and see how the meta shakes out. I’m sure other units/players will make their marks and change this list in the months to come!