Well, it’s been a rough [YEAR] for all of us I think. But now that [CANDIDATE] has won the election, America is going to be just fine. The [INSERT SPECIFIC CRISIS HERE] will end in short order and [YOUR FAVORITE CELEBRITY] will continue being very alive. 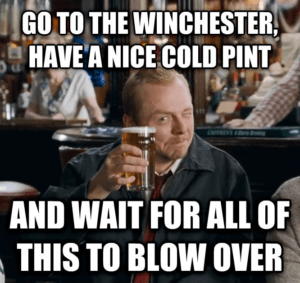 Plus, it’s the holiday season, time to celebrate the holy being who brings love, joy, and salvation into our lives: Santa Claus. My mother told me that all board games are made in the North Pole, and the names on the box are the elves that design them. And my mother would not lie to a smart, handsome young man like myself.

But just in case you are on the naughty list, and Santa gives you a IP themed Monopoly set, here are five cheap Stocking Stuffer games you can get, or gift, this holiday season.

Not much to say here that hasn’t already been said elsewhere. This cooperative trick taking game has been critically acclaimed since it was released, winning the Kennerspiel des Jahres for 2020. Each of the 50 replayable missions tasks players with taking specific tricks, sometimes in a specific order, with limited communication. Players will need to deduce what cards each player has, and decide when and how to control the game.

The Crew also gets points for accessibility. Anyone who has played Euchre, Hearts, or Spades should be able to pick this one up quickly. And for as low as $15, The Crew offers a lot of game for the cost.

Unlike The Crew, Fantasy Realms is a game that’s gone under the radar, which is a shame since they are similar in many ways. Realms also takes an established game mechanic in Rummy and innovates with drafting and set collection to produce an engaging final product. Each card in the deck has four pieces of information: a unique name, a suit, a base strength, and a bonus/penalty. From these, you’ll craft a hand of 7 cards, each of which gains benefits or penalties from other suits or specific card names. While there are plenty of efficient point multipliers in the game, there are also multiple “shoot the moon” card combinations that can score huge points.

Fantasy Realms plays 3 to 6, but the 2 player variant found in the rulebook is also excellent. And at around 20 minutes per round, it’s a great filler or finisher for board game night. Wizkids even provides a free app that makes tallies each player’s final score for you. Simple, entertaining, and addictive.

Another under appreciated gem, Bibilos is a drafting game for 2-4 players with a fantastic push your luck mechanic added in. During the first part of the game, players will draw cards equal to the number of players plus one, keeping one for themselves, giving one to each player, and putting the extra in the auction pile. Sounds mundane, but here’s the trick: you draw each card one at a time, deciding where each card goes before you pick the next one. It’s agonizing to put a card in your pile, only to pick up the perfect card next and have to give it to an opponent.

And that’s just the start of the mind games. After the draw deck is empty, players move to the second part of the game, buying cards placed in the auction pile. You see, some of the cards you’ll have drafted will be gold cards, and you’ll use those to bid on cards from the auction pile. Want to push your opponents into a bidding war? Make sure there is a powerful card they both want in there. Want a card but can’t take it during the first round? Stick it in the auction pile and hope you can afford it later on. At the end of the game, players will use the cards they’ve won to take control of dice, each of which shows a number that can be altered during the game, making certain suits of cards more or less valuable. Whoever gets the most points, wins.

I could gush about this game all day, but I’ve got to put the Mountain Dew and Candy out for…ummmm…Santa… 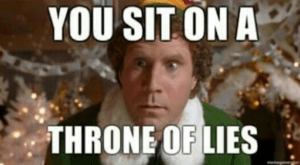 Even if you are new to the board game hobby, chances are you’ve heard of Love Letter, or one of its dozens of rethemes. Love Letter kicked off a micro game revolution in the industry at the time, and AEG released multiple small box games that could fit in your pocket, and could play anywhere. The best of the bunch, in my opinion, was Lost Legacy, a game very similar to Love Letter, but with a science fiction theme tacked on. Each of the sixteen card Lost Legacy decks (there are eight decks in total) provide a slightly different experience. But the premise is the same for all of them: Bluff and deduce your way to victory by finding the Lost Legacy, a specific card in each deck that will win the game for the player who can correctly guess its location.

The game is simple. Start with one card in hand, then draw a second card and play one of them, following the instructions on the played card. Once the draw deck is empty, any players left in the game will guess the location of the Lost Legacy. Each game takes about 10 minutes, which is nice since some of the decks do include player elimination. Lost Legacy feels like a quick poker game, a “just chill and chat” type of game. The type of game you can play between other heavier games, while waiting for dinner to arrive, or on Christmas morning while listening to your parents’ generation complain about how good things used to be before YOUR generation arrived to screw things up. Thanks A LOT Obama.

The game that killed Codenames, Decrypto is one of the best deduction games on the market. Like Codenames, players split into two teams…and that’s where the similarities end. Decrypto takes everything similar deduction games do and turns it up to eleven. Each team is assigned four words, and each word is assigned a number from one to four. From there one player on each team will take turns secretly looking at a “code” of three numbers. Then, they’ll have to provide clues (to both their teammates and opponents) related to the code words. The trick here is that each team can only see their own clues, so you’ll want to make the clues easy enough so that your teammates can correctly deduce the code, but not too easy as your opponents will also be tracking the clues and guessing the code. Each round, your opponents will have more clues to deduce the code. Make the clues too hard, and you’ll lose when your teammates guess incorrectly twice. Make them too easy, you’ll lose when your opponents guess the code correctly twice.

You’ll love the linguistic gymnastics, trying not to laugh as you misdirect opponents with clever wordplay, dreading the tense silence as your teammates struggle with what you thought was an easy clue. It’s a brilliant knife edge that each player and team has to walk.

If you’ve played games like Codenames, The Resistance/Secret Hilter, or Spyfall, but you have not played Decrypto, it’s time you wrote Santa a letter (give it to your dad, he will MAKE SURE it gets to Santa’s workshop on time).

The world was a horrible place before 2020, and it will be afterward. Humanity is a plague upon the earth, your death is inevitable, my mother doesn’t really think I’m smart or handsome, and, perhaps worst of all, you will never play all the board games you’ve purchased.

But just ignore all that and be happy. Laugh, love, eat, sleep, be kind and compassionate, and try not to be a jerk. And play board games. Definitely play more board games. 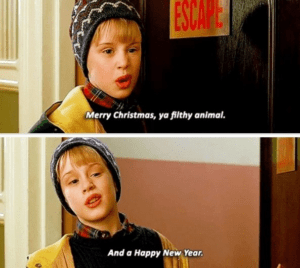