Quick article this week, as I am prepping to have my hopes and dreams crushed at the NOVA Open.  Today’s topic will be suppression.

In Legion, actions are important.  It stands to reason that it would be beneficial to one’s chances of winning if one could remove the ability of one’s opponent to take actions.

How does one do such a thing?  Suppression (or Ion tokens in the case of vehicles).  We looked at the latter in the Rebel Troopers article.

Dishing out suppression tokens must often be weighed against inflicting casualties.  Most units have multiple weapons, and can therefore split their fire for a chance to hand out two (or more) suppression instead of one.  Often this results in less net damage output, if the target has a static defensive benefit (cover or dodge).

Usually it is best to focus on which high priority targets you want to suppress, and then focus on making sure they stay that way.  Fleets and Snowtroopers are both ideal targets, as they have low courage (1) and need to be close to their target.  After those two high threat/low courage choices, one must next balance threat (Luke, Han) against low courage/ease of suppression (Rebel Troopers/Stormtroopers).

I would personally rank suppression priority targets as follows:

How much suppression is enough?

Of course, sometimes you need to exceed a unit’s courage value to keep it reliably suppressed, as units have a rally step in which they have a chance to clear suppression.  Since a die is rolled for each suppression token on the unit, the more tokens a unit has, the greater chance it has to clear 1 or more suppression.

What is the high level takeaway here?

Currently there are no units with a courage value higher than 4 (Palpatine) and few have more than a courage value of 1 or 2.  If you want at least a 67% chance to prevent a unit from rallying enough suppression to bring it below its courage value, you need the following number of tokens on your target:

One token is enough to have at least a 67% chance to keep a Courage 1 unit suppressed.  For higher courage values, you generally want at least one extra suppression token beyond the target’s courage value to make sure they lose an action.  If you are trying to suppress Luke, don’t be sad if you only get three tokens on him and he clears one.

Let’s move on to a few additional suppression related topics.

A unit that panics flees towards the board edge as quickly as possible, wiping out its entire turn, likely falling back from cover, and possibly wiping on the unit completely if it leaves the board.  Panic is devastating.

The easiest way to prevent panic is simply to keep your units near your commander.  Even commanders with courage values of 2, like Han, Leia, or Veers help considerably given the high threshold for panic.  Four suppression tokens post-rally is quite a feat to achieve on a single unit.  To reliably keep four tokens on a unit, you need at least six before your target’s rally step.  That is a lot of suppression.

Other tools for managing suppression include Inspire and the Return of the Jedi command card.

Most savvy players are going to be very careful to keep their low courage units near a commander.  Higher courage units like Commandos can operate somewhat more independently, as they share the same courage value as most commanders.

If your opponent leaves a Courage 1 unit outside his command bubble, by all means take the opportunity to panic it.

Currently the only weapon with the Suppressive keyword is the AT-ST mortar.  The unlimited range provides an opportunity to deal suppression from across the map.  If you are using one, keep an eye out for opportunities to surprise panic units.  If your opponent is running a mortar, make sure you keep your trooper units close, no matter how far they are.

It is extremely easy to take for granted that one suppression you peel off each unit at the end of every round.  Hostile environment allows units to accumulate high amounts of suppression if you don’t keep them close to terrain.  The suppression stack is a slippery slope; being suppressed makes it more difficult for a given unit to get to cover.  Make sure your trooper unit leaders are touching terrain or cozied up in a tauntaun sleeping bag.*

Commandos come with this upgrade, which goes in the “Training” slot (the chevron thingy).  You can take an extra suppression during the apply dodge and cover step; if equipped on Commandos or Han, who have Low Profile, this instantly gives them Cover 2.

Of course, it also gives you two suppression tokens (one from Duck and Cover and one from the attack).  Luckily you have a 56% chance to clear one of those and be back below two before the commandos act next (assuming they don’t accumulate any more).

That concludes our brief look at Suppression.  Next week we’ll be looking at some winning lists from NOVA (probably not mine) and later in the week the T-47, hopefully.

*Yes, that is a real thing.  Seems like kind of a morbid gift for a kid.  At least the lining isn’t red.

One thought on “Suppression Tables” 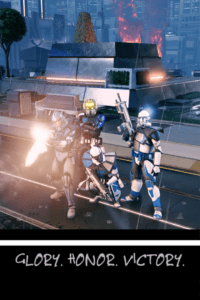 The Notorious Scoundrels Go To War 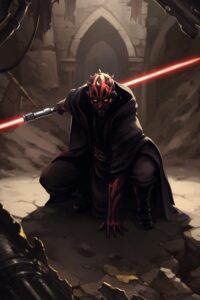