Up until this point we’ve talked about a lot of theory crafting and lessons learned leading up to, during, and after smaller tournaments. Today we’re going to take a bit of a different attack angle – I’m going to talk about preparing for a tournament effectively. We are not going to talk about any one specific list – but the process of choosing a list and how to effectively prepare it for the tournament.

Step I – Assemble Your Strike Team 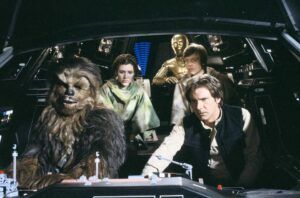 The first step in this process is to find a group of like minded individuals who have the same goals as you do. They need to be on a similar investment level as well – people that are significantly more or less invested then you are generally bad candidates as you will find the process frustrating or overwhelming, depending on how much work the rest of the group is putting in. Once you do find people on your approximate level, they are going to become your “testing team”. So lets talk about the attributes of people you want on this team:

Once you have a team in place you should schedule an in person meeting where everyone can be present. Failing that, try and set up a skype or gchat session that everyone can attend in order to facilitate Step 2. 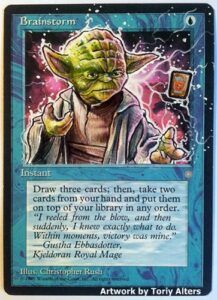 You and your team need to answer the following questions:

At this juncture, it’s important that you bring out your heavy hitters with deep knowledge of the current tournament scene to answer questions 1 and 2. Give them the floor and let them talk it out. Let’s take a look at a mock example:

The Meta is presently dominated by Taun Taun Riders and Shoretroopers. Rebel lists can be expected to go light on corps and Imperials should be expected to lean into order heavy lists to facilitate the usage of shoretroopers. The top 8 at LVO, the most recent U.S. tournament, included 3 Rebels, of which all played Tauns, and 5 Imperials, 2 of which were Palpatine Gunlines and the other 3 of which were Shoretrooper focused gunlines with various focus pieces (2 Bossk, 1 Tank). We can likely expect that netlists will follow this trend assuming no changes moving into Worlds.

What will the Meta look like at the time of the Tournament?

This question is fundamentally asking what changes are to be expected between the last snapshot of the Meta and when the event will be happening. In this case we can state the following truths:

This is the start of the “Brainstorm” portion of the task at hand. I’d recommend throwing the list you come up with on a whiteboard or similar canvas. You can use several software options online if you’re meeting online. At this point it’s better to throw something on the list, even if you think it may end up being ineffectual in the long run. This is about putting everything at play in the potential bucket. We’ll eliminate non factors next.

Now that we have a list of direct changes to the game between the last tournament and this one – we need to address what changes the team believes to be relevant. Go through each bullet point, for instance, take the following as examples:

Your group should continue to take your bullet pointed list and diagnose each on whether it is a relevant and substantial change to the Meta you care about. It’s best at this point to draw on any games that have been played with new units and effects to make sure your data points are good and not just theory crafting. The more real experience you are drawing from, the better. Once you’re done – set these assumptions up on your drawing board in order of relevance and start to loosely define what you believe the Meta to be going into the tournament. Based on the bullet points I’ve detailed above we can come to an altered Meta conclusion that looks something like:

The Worlds Meta will likely remain mostly the same for Imperial and Rebel lists. Imperial lists will likely lean heavier into Shoreline strategies by introducing comms technicians or lean farther away from it by swapping to units that are more focused like Bossk, Op Vader, or Boba Fett. Rebel lists will remain largely unchanged except they will introduce R2 as a cheap activation bump that also gives them VP utility. CIS will have the option to bring the AAT in the mix which dramatically changes its matchup against Tauns (In theory). The Republic will also likely default to Armor being it’s foremost option, though its tactics will have been given a significant boost with the introduction of Range 3 Standby sharing.

What units counter the strategies in these Metas?

Now that we have loosely defined the Meta (Notice that we have not actually constructed any lists yet) we need to talk about units that actively hunt down things that are likely to be prevalent in the Meta. The main items we need to work against are:

You’ll note that several of the things that *are* the Meta are also on the *deals with the Meta well* list. This is okay! The things being played as Meta choices are Meta choices for a reason – you’re trying to find something that breaks the format if you can, but it is also okay to validate the choices within the Meta.

Can these units be employed in effective Anti Meta lists?

These ideas will start to form your pool of lists that you will likely use to test against more meta lists, which comes next.

What list within the current and expected Meta has the highest win percentage against the expected field?

Let’s define the one list for each faction. This is an example so I am not going to use actual data, just some presumptions.

Clearly at this juncture we can say that the Imperial and Rebel lists are much more effective given their results at LVO and other events. These lists will act as our “control” group later on and we should use them as pillars of the Meta, at least for now. 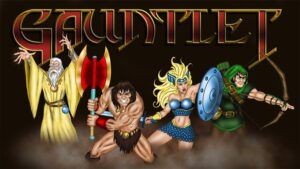 So you’ve come to the end of your meeting. You’ve decided on several ideas and units that could counter act the meta and we’ve defined a set of lists that represent what the Meta is. What comes next?

For each new list idea you should run it against the lists you’ve identified in the Meta. So our Grievous AAT list should play against Veers Bossk Shoreline, 12 Activation Tauns, Double the Fall, and Kenobi Rex all at least once, preferably 2-3 times. You should record the results in a spreadsheet so you have firm data to draw from once you’ve finished. You’ll want to do that with each new list idea.

Some important points on this:

Once you’ve gone through the gauntlet with all of your new ideas(each list should go through the gauntlet) you can then look at win loss ratios and talk through player experience. This is a good time to call another Team meeting with everyone present and talk about each list specifically and its viability. I can’t tell you how to operate here as it’s much more of a matter of what did you learn and whether or not you think the lists that you have come up with are viable. I would recommend however trying to get everything through the gauntlet as early as possible, having this meeting and then using these new assumptions to revisit Step II and start over from there. If you can repeat the process 2-3 times you will start to really strip away what is and is not working. Once you have all of the data from your spreadsheet and Gauntlet(s), including player thoughts and experiences, you should be able to decide on what list(s) are best for you and your team to take.

It’s also important to revisit the Brainstorm step if something unexpected happens, such as an RRG release, while you’re in the Gauntlet phase already.

I hope you’ve found this process helpful and a good outline to start your preparation for your next major tournament, whether it be Worlds or otherwise. At the end of the day, you are going to be as prepared as the time and effort you put in. The more concentrated and focused your preparation is the better it will be.

If I don’t see you at Worlds you can come hang out on our youtube page where The Fifth Trooper team will be live streaming the event!

May the Darkside be with you always,