The Road to Worlds – Part VII – Victory and Death

Welcome back to the Road to Worlds! At this point you all may have lucked out and gotten an extra year’s worth of content in this series as it’s starting to look like Worlds won’t happen until 2021. So let’s dive in on the latest into my “Worlds” preparation.

When we last checked in with each other I was playing a list with Captain Rex, Padme Amidala, R2D2, and C3PO in Round Robin in Invader League. I have since then made single eliminations and transitioned to a list that I believe is far more powerful. Today we’re going to talk about this list as well as the more common variant of it: “The Rexstar”.

Let’s take a look at the Rexstar first:

Note: Points Values used in this article are the points values currently being used in Invader League

This is our traditional Rexstar list that is presently the most represented (and winning-est) list in Invader League. Many notable and impressive players are playing it to great success. So why are people landing on it?

All of these things gives you an extremely durable, flexible, and lethal gunline that can handle just about everything that gets thrown at it. Its ability to just shoot its opponents off the table allows it to take a non existent bid and focus on pressuring it’s opponents rather than playing directly to the objectives.

So Mike – What did you change?

Let me introduce you to:

Note: Points Values used in this article are the points values currently being used in Invader League

Because Full ARCs are beast mode.

But seriously – they are really good. Here’s why:

In my first match of Invader League Eliminations I do not believe my opponent saw this coming – I basically gutted two of his four phase II units before they had ever taken an activation. My opponent conceded on turn 2 when he felt he had to charge his Kenobi into my waiting Call Me Captain lines because he had lost the gunline battle before it began.

It should be noted that you can always keep this in the tank as well if you need to. Sometimes (like if you’re blue on vaporators) you just don’t need to secure a huge advantage early on. Regardless, full ARCs are super powerful and this list does not lose much over a standard Rexstar to take them.

One thing to note – It’s extremely important you don’t send your ARCs off doing their own thing. It can feel like a good idea because they feel super elite, but they really need the surge, dodge, and aim token support from their fellow clones to make them amazing. These units are the tip of the spear – they aren’t for going solo hunting.

If worlds were to happen today – this is what I’d be bringing, but I’ll likely be shooting to perfect it in the coming months. I’m sure there are variations on this formula that have yet to be discovered. Maybe we’ll find a few for next time.

I hope all you Republic fans out there are excited, because ARC Troopers are as good as they seem.

And if you aren’t a Republic fan, well, bring some pierce – or a lot of it. 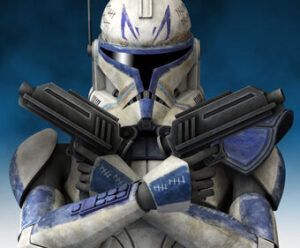 Why You Should Play: Crown of Emara