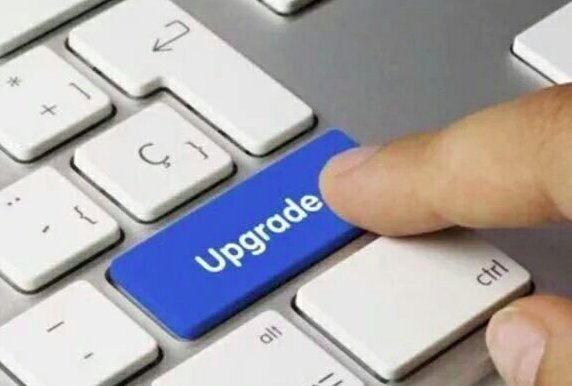 Now that we’re through talking about all of the units in the game, I mentioned a lot of upgrades that weren’t necessarily shown or talked about enough. In Legion, there are plenty of Unit Upgrades you can take, they are as follows:

We won’t go over certain things like Heavy Weapons, Personnel and Armament slots because those are in the Unit posts, but let’s take a deeper look into the other upgrade cards. Who can benefit from them? What’s maybe over-costed? If you have the extra points, where do they go? Let’s find out.

The very obvious choice to start with here is Force Push. Arguably the most used card in the game because, quite frankly, it might be the best card in the entire game of Legion. To the point that it might be under-costed, according to some. Either way, for 10 points it allows a Force capable unit to choose an enemy unit at range 1, perform a speed 1 move with that unit, even if it is engaged. It is exhaustible, which is more important for Luke because he does not have Master of the Force like Vader and Palpatine. Force Push has a MULTITUDE of uses. It’s main use is to trigger Charge for Luke and Relentless for Vader. That said, you can use it to move units from cover into the open for your other units to shoot. You can maybe take a unit that engaged a unit you don’t want to have to just withdraw with. There are many clever ways to use Force Push! Remember, the little double arrow on the card means this is a free action.

From what I understand, this was actually a very useful card when the game first came out, now I don’t think it get’s used much. Virtually you can put HQ Uplink (see below) on a unit for the same price, albeit exhaustible.

Force Reflexes is…not to say expensive for what it does, because it is important to say Vader, but it is 15 points and exhaustible. Vader and Palpatine, again, don’t care too much because of Master of the Force, but for Luke I have yet to justify taking it because of it’s exhaust. I’m going to want to use Force Push with Luke and he has other ways to get dodges.

At first glance you may say “let’s throw this on Luke” but keep in mind that Luke’s blaster is two red, pierce two. It’s not worth the 10 points on him. That said, it’s absolutely worth the 10 points on Vader. The problem with Vader is his one speed as opposed to Luke’s two speed/Jump 1. Vader will take time getting to units, but with Saber Throw and three red dice, pierce 3, he can just mow down opponents on his way into the fray.

Force Choke is Dark Side Only, of course, and exhaustible. For 5 points, you basically auto kill a trooper mini at range 1. This is especially good, because you can pick the heavy weapon unit of that trooper unit and take them off the board. That’s ever so important. The main issue about Force Choke is that you’re most likely bringing Force Push/Reflexes/Saber Throw with Vader, which gets expensive fast and not to mention uses all of his Force User slots. I could see a case for not using Force Push and bringing Force Choke, it’s all preference!

Another Dark Side Only card, rightfully so (man this game is so thematic!), which in my personal opinion is an auto include on Palpatine. It perfectly coincides with his “And Now You Will Die” Command Card and it’s only 5 points.

Targeting Scopes is a card that in theory is pretty good, especially for Rebel armies, but is simply over-costed. At 6 points, I don’t see it being taken too often on either side. I think if it cost a little bit less, you might see it played more, but competitively I have yet to see someone use it. I did see someone mention some synergy with Hunter, but that’s a lot of points for aim tokens!

Grappling Hooks are useful, but very situational. I could see that if you have the extra points laying around to put them on Sniper units, perhaps. Keep in mind, this is something you’ll see referred to as a “Luxury item”.

Environmental Gear is also a good, useful upgrade but very situational. It will depend on the boards you are playing, how much difficult terrain do you typically see or expect? A personal favorite to put these on are the Fleet Troopers. They want to be up against barricades and terrain to keep shots at them tempered down with heavy cover. Doing that, however, means they’ll need to take a speed 1 move to hop the barricade…unless you put “E-Gear” on them! Viola, you got yourself some barricade hopping Fleet Troopers! Scatter Gun coming in!

Saved the best two upgrades for last. Emergency Stims are absolutely integral to most list building. You’ll want to put them on Luke, Boba, Han, Bossk, Sabine…pretty much on most heroes/Bounty hunters that can take them. Note: Vader and Palpatine don’t have gear upgrade slots. Keeping a unit alive to its next activation is extremely important.

Recon Intel only costs 2 points, which is super cheap, and it’s also super useful. Giving your capable unit a speed 1 move at deployment can get you up the field early, and keep it mind it does stack. So let’s say you get Advanced Positions and maybe you decided to put this on Luke: speed 2 move. For an example. It’s probably the best value out of any card not named Force Push.

If you’re bringing a melee unit with multiwounds, Tenacity is a great card for 4 points. If you take a wound, which you most likely will on your approach, you gain a red die in your attack pool. This is great on Wookies, Royal Guard, and perhaps Sabine with Darksaber.

Hunter is also targeted towards multi-wound units,  but in the opposite way. The wording on the card is a little subject, but you can’t gain an aim shooting at say Rebel Troopers who lost a trooper. But more so lets say you shot the Wookies before and they took a wound, Hunter can now trigger. For 6 points, it can be useful on a unit like Chewbacca, Boba or say Bossk. There has been a lot of chatter about Hunter on snipers, as well.

Duck and Cover is a little expensive…maybe? Hard to say really, but this is good for unit’s that maybe you find yourself in light cover often and want to get up to heavy cover. It’s basically an auto-include on the Pathfinders and Jyn. Just staple this to their card, because of Danger Sense.

Speaking of stapling cards to things, might as well staple this to the shiny, new Death Troopers for a plethora of reasons. Standby tokens give them a free aim and now it’s range 1 to 3. It’s a good, cheap option for units with a free gear upgrade slot.

Not going to lie, this is a crutch card for me. Every list I build, I always put it in. It’s exhaustible, but it readies back up at the end phase of each round. So essentially once per round you can go back to your stack or bag if you don’t like the token you pulled and try again. Then re-shuffle the token you didn’t use back in. The best use of course is if you need something to go right away and don’t pull it, try it again. Or perhaps something you want to go later comes up first, “Improv” it. For 10 points it’s worth every bit.

Can’t say I have ever used this in list building. I mean, it’s similar to Battle Meditation where it’s better to put HQ Uplink on a unit rather than this on a Commander.

This is almost essential on Palpatine, and you may well consider it on white save heroes such as Leia/Han. Letting trooper unit’s take some wounds off of you can be critical to your survival. Not to mention it’s only 5 points!

A new card that came out with Jyn and Krennic, I think, that is extremely strong for only 5 points. Basically an automatic rally on any trooper unit with face up token….which is way better than rolling them white dice!!!

A common use for Frag Grenades is on snows. Giving your unit surge to crit with red dice, especially a unit that you want to get in your opponents face, is very strong. All grenades cost 5 points, but give you three options.

If vehicles do start to become relevant, then you might see Impact Grenades a little more often. I could see these being thrown on some Fleet Troopers or something to be somewhat of a Vehicle deterrent.

I also like Concussion Grenades on Fleets. Eliminating cover with a strong dice pool is very good. You can toss two black, six white, two red with officer Fleets with Blast and Pierce 1. As you can see with grenades, they really fit best on units that you know need to advance into close quarters.

I want to say, from my experience, this is the most commonly used Comms Upgrade. It’s exhaustible, which kind of stinks, but it gives you activation control when you decide you need it. I think it’s great on units like the Pathfinders, perhaps Speeder Bikes, Taun Tauns and the Landspeeder can make some use of it. For 10 points, it’s not that bad.

I think in theory, this card is okay. However, for 15 points I don’t see much use for it. I think if it cost 5 points it would see more play? Not entirely sure. I’m not much of a comms guy anyways.

This is similar to HQ Uplink, and it’s not exhaustible, however it doesn’t work the same. Here’s an example: Let’s say you play My Ally is the Force, which is two troopers, and you have this on the Pathfinders. Luke and the Pathfinders get tokens and a dodge. However, if you had Uplink on them, it can be Luke, another trooper, the Pathfinders and they all get dodges. HQ Uplink is the better play for the same cost.

This is the card that was going to take Coordinated Fire over the top! For 5 points, it certainly has it’s use, especially if you want that “Aim Chain”. Passing off activation tokens can change a lot in a game, especially if free tokens are being tossed around.

Well, that’s a lot to take in. I hope I broke it down alright for everyone and simple enough. Really, upgrade cards come down to how you play the game and build your lists. That’s what so great about this game, it has so much variety. Nothing is stale. There are some unused cards, sure, but that’s going to happen in any game. Enjoy the fact that there’s use for mostly everything! I’m leaving for vacation next week, going to Aruba so hopefully Krennic doesn’t Annihilation Looms me, so I might not be on schedule the next week or two but I promise to get back on track when I can!