With PAX closing in on my heels, it’s time to get a list together.  After building a hundred some lists in legion-hq.com I decided that it was time to just turn into the skid and play a theme list.  Do I do Krennic with shores and death troopers? Rex and clones? Vader with snow troopers/E-webs? Wait… is it time? Is it time for the list I dreamed about after I saw the Hoth sculpts for the FD canon?  Yes, I believe it is.

Echo base, are you reading me?

One of my fondest memories as a child was playing STAR WARS: Shadows of the empire for Nintendo 64 with my friends.  It’s a single player game, but we would take turns playing the first level were you zoom around in a T-47 and take down AT-AT and AT-STs.  Once one of us would play thought the level, we would just pass the controller and let the next play and give it a go. We were enamored with being able to play one of the coolest parts of “The Empire Strikes Back” and this was the first time any of us had access to anything like this.  Jump twenty years ahead and now my time has come! I can put together a full Hoth army and it’s actually playable. 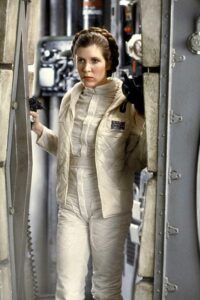 This was an easy choice.  Just about every commander in rebels was at echo base.  I went with Leia due to her ability to help with suppression and she has some very powerful command cards.  I added strict orders again to deal with the suppression issues that the Imps can give you.

These guys are the reason i can make this list.  I have a core unit that fits the aesthetic and are very strong to boot.  I don’t see a lot of these units hit the table and that confuses me. Surge to hit, surge on defense, Black attack dice, Defend gives them a dodge token when issued an order, and the coordinate: emplacement trooper lets them get some of that sweet activation control that the Imps enjoy.  The add on heavy trooper (CM-O/93) gives you ALMOST a Z-6 with the objectively better keyword Critical 2.  That gives them some punch toward vehicles as well as really helping getting hits through heavy cover.  I am not using the emplacement trooper that they come with instead of the 1.4 canons, but ill get to them in another article sometime (they have good value too).

I had written these units off a long time ago.  Now with the points reduction on the generators along with the new range five it has given these  some real value for your points. The plan is to take a recover action then fire to hand out as much suppression as possible to deal with troops, and the impact will make the hit armor just fine.  With linked targeting array they can get a free aim token when issued an order which helps a lot *Cough* Rebel Vets *Cough*. Being able to reach into deployment zones with an opening salvo is very powerful and being able to shut down open lanes in the map has a nice effect too. 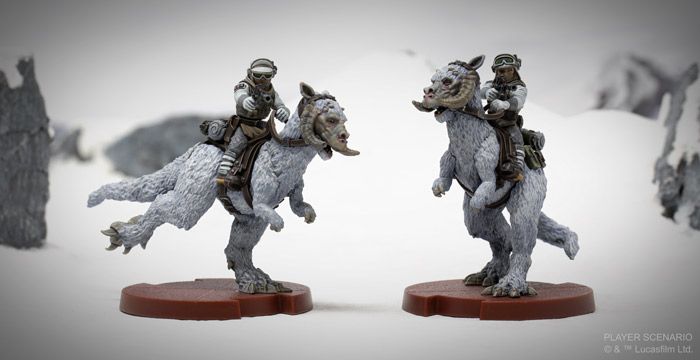 I mean besides the fact that they are generally strong unit, turns out they were on Hoth!  I don’t want to go too much into them, the Notorious Scoundrels can tell you about them better than I can.  They are also a good counter to shores which is a nice, time to take the Tauntauns for a walk down the shore line.

Airspeeder with Wedge and comms jammer.

Once the biggest joke of the game is back with a vengeance.  For base 140 points for get a mean damage dealer and flanker.  I took Wedge (Best pilot in the galaxy, he is still alive in the current trilogy don’t @ me.)  for the full pivot which allows you to repulsor move over a barricade active Wedge, then do a 180 pivot and fire at the unit out of cover.  The other reason I chose him was to keep in line with the theme of the list, I mean it’s Wedge for crying out Krayte. Comms jammer lets me roll into  an enemy line to disrupt activation control and possibly make the droid armies real sad.

I’ll be at PAX unplugged this coming weekend for the going to give this a try.  I think My best match us will be character heavy lists along with some gun lines that don’t fully go for the “stand and shoot” ideal.  I have so much anti suppression in the list along with the “turning the tide” card that lists that try to suppress you out will be really in  a hard spot. All that said, if you see me please stop by and say “hey!” or at least tell me to get back to work!

List posted below for you to try!  Let me know if you gave it a shot how it played for you!

2 thoughts on “Echo base this is rogue 2, I found them! – Evans Star Wars Legion Hoth List”