Here are the four best ways I know to improve your chances of scoring Secret Mission:

Spread Out Deployments Are Best

The most effective deployments for Secret Missions are the ones that are most spread out. Any deployment that allows you to access the short edge of the board, and lets you potentially deploy far away from your enemy’s army, is advantageous for Secret Mission units. Disarray and Battle Lines are the best Secret Mission deployments, and Hemmed in and Danger Close are also excellent. Advanced Positions and Major Offensive are less effective, while Long March and Roll Out are the worst. 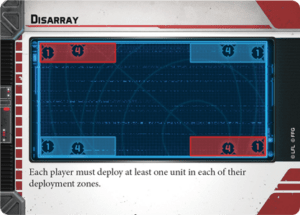 Battle Lines and Disarray – These two deployments are undoubtedly the easiest to score on. Disarray is the king of Secret Mission deployments since both armies are generally forced to choose an edge, and the deployment zones are equal range from one another (terrain notwithstanding). Where the armies end up largely depends on the objective, but it’s completely possible to gain an unobstructed path to the opponent’s deployment zone by using the short edge of the board farthest away from the main battle. 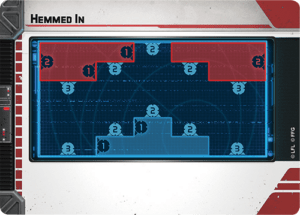 Hemmed In and Danger Close – These deployments, introduced in Vital Assets, are also excellent for Secret Mission armies. Hemmed In is sort of a “three zone disarray” – except that Blue has marvelous access to the middle, and the deployment zones are only Range 3 apart in some places! Meanwhile, Red is effectively split by a Range 2 band down the middle. Therefore, Red must pick a side, leaving one edge of their board more vacant than the other – an opportunity for R2-D2 and Padme to slide into home plate. With Danger Close, the deployment zones are also separated by Range 3, making for a very short road to the Secret Mission victory point. Additionally, there is a lot of the board that qualifies as a deployment zone, making it easy for Padme to find places to use Infiltrate that place her on or near the enemy zone.

The others – Long March and Roll Out are both awful for SM because they force the game into a narrow alley, rather than a wide battle. Major Offensive and Advanced Positions’ diagonal pathways mean it’s still possible to avoid your opponent’s army, but it may take all six turns to get into the enemy zone, and your opponent can still deploy in such a way as to “close off” the part of the board north of their corner, limiting the ability of your Secret Mission unit to get through. In case you lose your bid and are forced onto one of these deployments, terrain is going to be your best option, or you can simply flex Padme and R2/3PO into a full time support role, and you can use R2-D2 without 3PO as a dedicated objective unit.

Just like Bounty, your extra point will be best when there are fewer points available. Breakthrough deserves special mention here as well, because Padme and R2-D2 count as Breakthrough units while scoring the additional point from Secret Mission, making them effectively two points each. Bombing Run is also excellent for Secret Mission, seeing as how there are usually only three points available to each side. Key Positions is also a sharp example of Secret Mission’s effectiveness: In a GAR list that takes both Padme and R2-D2, it’s completely possible to win Key Positions while controlling none of the objectives. (Contest “home,” opponent controls center and their own.)

As you’ve read above, your ability to score Secret Mission can depend greatly on your battle deck. Therefore, it’s important to take a solid bid to secure the most effective cards. While not required to succeed, a high bid with Secret Mission in your list sets you up for a win.

So, get ready to consider trimming some upgrades from your list. The lengths to which you will go to secure Blue have to be tempered somewhat by the environment you’re playing in. If you’re at your local, you might get away with a small bid – say three to six points. But at a large event, nine to twelve points is more common. My list from Invader League Season Five happens to run an eleven point bid. 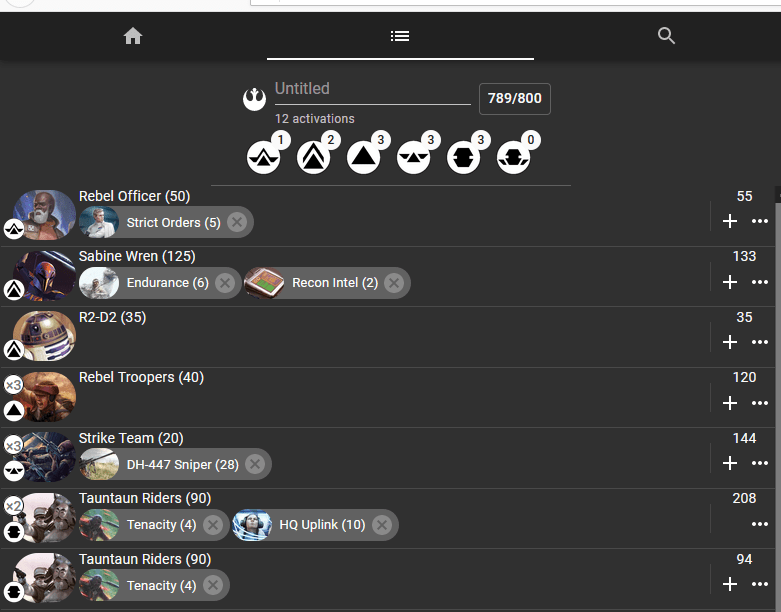 Now that you’ve got your good deployment and objective, and the right board edge, now it’s time to practice the art of Drop Fu.

“Drop” is wargaming shorthand for a unit that you place on the battlefield at a point in time. So your first drop is the first unit you put down. The more units you put down, the more information you give your opponent and the more information you gain from your opponent. Therefore you engage in Drop Fu, putting down your least valuable units first, usually naked trooper squads, or units that are timing neutral or long ranged, like Sniper Strike teams or light vehicles. By doing this, you give up less information on average and get to make an educated guess as to where your opponent’s most important units will end up being deployed. 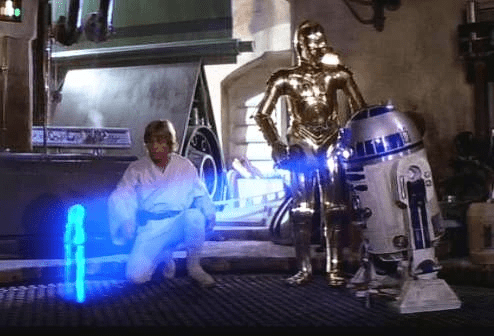 By having a high activation count, you can more accurately judge where your Secret Mission unit should go. There’s a bit of bluffing involved with Padme’s Infiltrate as well, but if your opponent knows it’s coming they will likely put a unit in a place that can guard against it. In any case, you’ll know you’ve scored a home run if your opponent gets a sour look on their face or exclaims “Oh s**t” when you put R2-D2 down in a spot they will find very difficult to handle.

Use Threats to Cover the Approach

That said, they often need a diversion to accomplish their Secret Mission. This threat comes in many forms, but the classic example is R2-D2 and Tauntaun Riders like the list I linked above. The Tauntauns demand your opponent’s attention – if they don’t get dealt with, they will eventually beat down everything they engage. For GAR, full ARC troopers and Phase II Overwatch can provide a similar threat. Rebels can also use Jedi or Commander Luke in the same way.

While it may not be a hard rule, it’s often best to interpose your army between the Secret Mission unit and the enemy army if possible. If you deploy R2 or Padme far away from your main army, your opponent could simply turn on them and kill them. If you’ve gotten your Drop Fu right this will be less of an issue, but sometimes your opponent out activates you, or can hit you with a really big attack you can’t hide from.

R2-D2 and Padme can resist a decent amount of damage in the right circumstances, but sometimes your opponent brings a unit that specializes at hunting down Padme and R2 (Full BX droid squads come to mind) and they will need a little extra help. This means that your Secret Mission units may need an escort, and this is especially good when coupled with keywords like R2-D2’s Inconspicuous, which forces the opponent to attack units other than R2 if they are able, kind of like Han’s Reckless Diversion in reverse. Fun fact – R2/3PO can “turn on” Inconspicuous by using Calculate Odds on themselves, giving them a suppression.

Alright, trooper. Briefing’s over – time to get out there and apply what you’ve learned here.