I wanted to get a few more games under my belt before tackling something like Deployment Cards, in order to give myself a better understanding of what sort of lists will like certain deployments and stuff like that. Playing a lot more recently, I think I’ll be able to give some coherent advice about each deployment. Battle cards and the veto stage are so vital to the success or failure of a game. So let’s go over the basics of each card and perhaps some advice you can take with a grain of salt.

‘During the Deploy Units step, each trooper gains Scout 1 (After you deploy, you may perform a speed-1 move) and loses Stationary (You cannot perform moves, except pivots.)

Getting a free one speed move at deployment is generally pretty good. Remember, if anything has scout or Recon Intel on it, it stacks. As for the deployment zones themselves, they’re pretty big all things considered. You’re basically making a 3 foot by 3 foot by 6 inch L on each side, add in the scout moves and you have some early action. As a caveat, the numbers on the cards are for using your measuring tools to lay down deployment marker. Each section of the tool is 6 inches long.

Units that like Advanced Positions would be pretty much everything and anything, in my opinion. Vader and the FD Cannon especially like it. A unit that may like it is Jyn, or seemingly so. I think it’s a trap for Jyn on a box grab situation though. Advanced can give your opponent a good position to get to Jyn fast enough before she can hightail it with the box. I’ve actually been a victim of this exact scenario in my very few games with Jyn, but that’s what I brought her for and I wanted to see how it went. Narrator: “It did not end well for Jyn,” The scary part of Advanced Positions, as a Rebel player, is that if your opponent has a range 4 gunline on the opposite side they’re getting into position a lot earlier than you would like.  If you’re running Boba Fett with Recon Intel, he’s starting the game with a speed 2 move, which seems pretty good to me.

Battle Lines is about as vanilla as it gets, but it’s something we’re all comfortable with. You deploy 6 inches off the board edge and go all the way down the board. Pretty straight forward. Battle Lines can either be good or bad and it will really depend on the objective and condition cards that go with it. I don’t think I need to go in too much depth in here. The weirdest thing currently with Battle Lines, and with Disarray, is the tank has to deploy sideways because of how big it’s base is. Which is pretty wild.

I think a common mistake as new players on Battle Lines, coming from someone who has done this, is deploying across the whole table and being somewhat spread out. My advice would be to still keep your army close together and clumped together if you can do it rather than go spread eagle. If you’re worried about objectives, I get it, but you’ll still have plenty of flexibility to attack an objective. Don’t let a box or moisture evaporator cloud your judgement!

Disarray is a bit of an odd ball. A part of me says “play it and learn it because it might make your opponent uncomfortable” but I mean….it makes me uncomfortable. I’m not too keen on splitting up my forces and neither should you, but there’s definitely upsides if you do practice Disarray enough. I’ve seen some players actually put just one unit in the opposite deployment zone and call them a lost cause, and while I’m not an advocate of that situation, I do understand the thought process. Especially as an Empire player with only one commander.

Speaking of that, this deployment definitely was in favor of Rebel lists up until Krennic perhaps. Until Krennic dropped, Empire lists were used to only having one commander in their lists. Now with cheaper options, they are starting to have two now. The reason for this is because if only one commander is on the board, units in your other deployment zone can get focused on and panic because they have no commander to protect them in the courage bubble. The advice here is: if you have two commanders in your list, keep Disarray in and practice it as much as you can. If you have one commander in your list: cut Disarray immediately.

The Long March is exactly what it means. Instead of deploying on the long sides of the tables, you’re starting on the 3 foot sides of the tables and going 18 inches out from that table edge. A common theme on this post is talking about the Imperial gunline that is starting to form with the Deathtroopers, tank and eventually Bossk. That’s a lot of range 4 weapons and Long March can go a long way in allowing yourself to move down the field in the early rounds and not get shot. I was personally a fan of Long March running Leia and snipers with Coordinated Bombardment and infinite range snipers. Now that those very good range 4 weapons exist, I’m not sure if I like Long March anymore.

I can tell you who doesn’t like the Long March: the two Sith lords of the Empire. Vader and Palp move slow and a longer direction into the battle is not a fun thing. Unless there’s good terrain to block line of sight constantly down the board, you should be able to get at them with some ranged attacks. I guess you could always go for the Vadermobile or Palpmobile, for some fun. Not sure how competitive that will be, and it could make both units vulnerable to wounds pinged off the tank. The reason other melee units don’t mind Long March as much is because they’re a lot more mobile than the two Sith. Looking at you, Luke and Sabine.

Major Offensive, up until now, has been the card everyone takes I think. It can start the action pretty early, depending on how you deploy, and the game moves pretty fast. The way you would want to deploy is towards the corner of the L your deployment markers make. The area that juts out, or a panhandle, is a trap. You will look at it and think let’s get some units there, but it’s a trap. I’ve done it in recent games, thinking it would do me some good despite knowing better to do so. It ended badly both times I put a few units in that area.

Going forward with all the range 4 weapons coming out Major Offensive might be a card you want to consider cutting out of your deck, especially as a Rebel. If the map has heavy line of sight blocking terrain, then you’ll be okay. If the map is somewhat open, those firing lanes are going to be easily accessible to those range 4 weapons and every early. I think the major problem will be those diagonal lines of sight you won’t necessarily think about as much when deploying. Then the next thing you know, your opponent moves a unit up and has a no cover shot on your Z6 squad and that just feels bad, man.

In what you’ll hear on blogs and on podcasts, which you should be reading and listening to, be referred to as “Turn zero” is the selecting card stage and deployment. You’ll have the power to veto battle cards, two a side, and starting with blue player. The reason I’m rehashing this towards the end is to caveat a few things: you can always pass your veto. The deployment zones will really depend on the objective cards, condition cards and the make up of your list. Practice a list and get used to playing on all of them, if you can, and start to learn the ins and outs of your list. Then in the veto stage, you can try to force a game mode/deployment zone your list really likes. Deploying your troops properly could honestly make or break a game from the get go, so when practicing these deployment zones also make sure you’re being smart about where you start your troops. I’ve certainly had games with bad deployment and it was an absolute uphill battle from the beginning of the game. That’s just inexperience. The more you play, the more comfortable you’ll get with everything. It’s just like anything else in life: practice makes perfect. 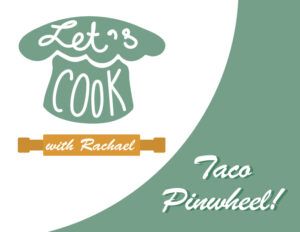 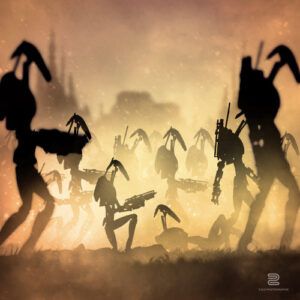