FFG also did a follow up stream where they discussed some more detailed nuggets of each of these expansions and did a couple of actual card previews.  I’ve summarized the concrete stuff below that was said and previewed.  There were also a couple of additional nuggets in the accompanying preview article that dropped.  I’m just recapping the definitive things that were actually said about mechanics; I’ll leave the zoom/enhance and speculation to more skilled pundits and keep the takes to a minimum. 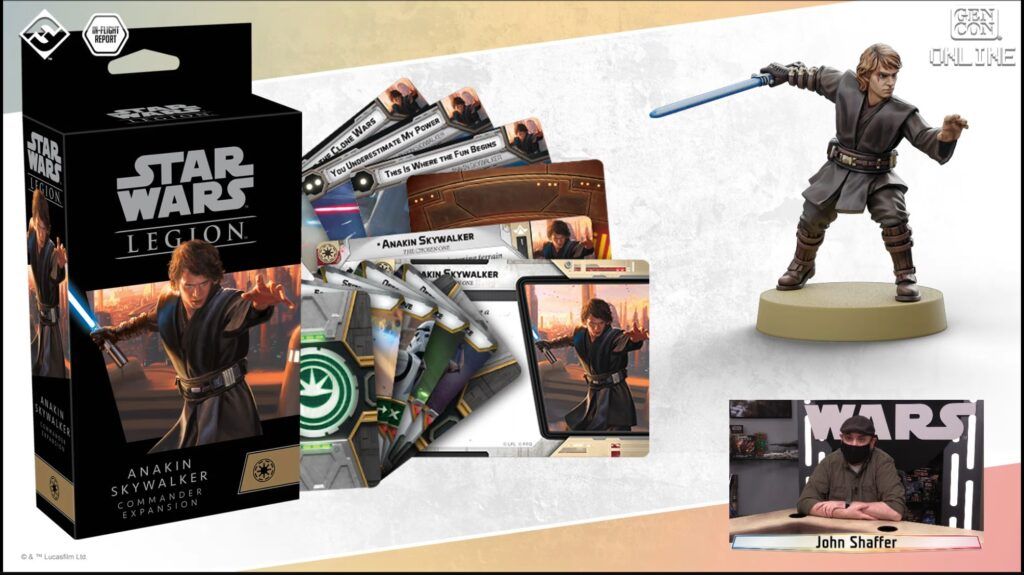 Everybody’s favorite brooding hero of the clone wars.  I love how this model manages to look like the tightly wound spring that Anakin is.  He also has an alternate pose with his saber in front of him. 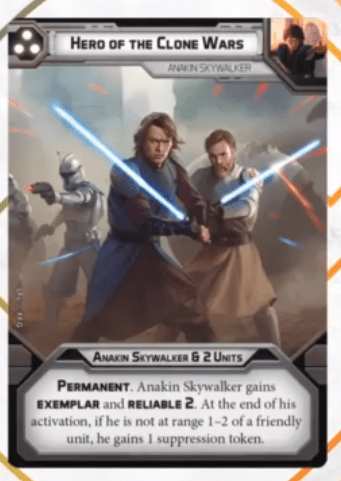 Well that looks pretty good.  Exemplar means he can share those two free surge tokens he gets every turn with his homies.  Plus whatever other green tokens he generates. 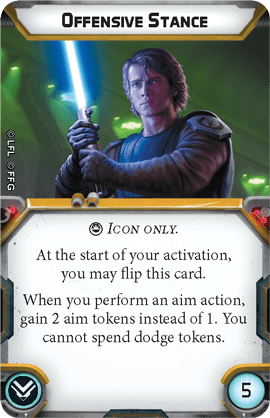 Buy one aim, get one free.  Looks like Anakin shops at DSW.

“You may flip this card.”  I wonder what the other side of this does.

Nuggets from the stream:

-Anakin has Djem-So mastery, similar to how other pre-era force users have a keyword that represents their saber style

-New type of cards called Flaw card, give it to opponent at start of game, opponent can play it to influence Anakin during the battle, played during the command phase but does not replace command card 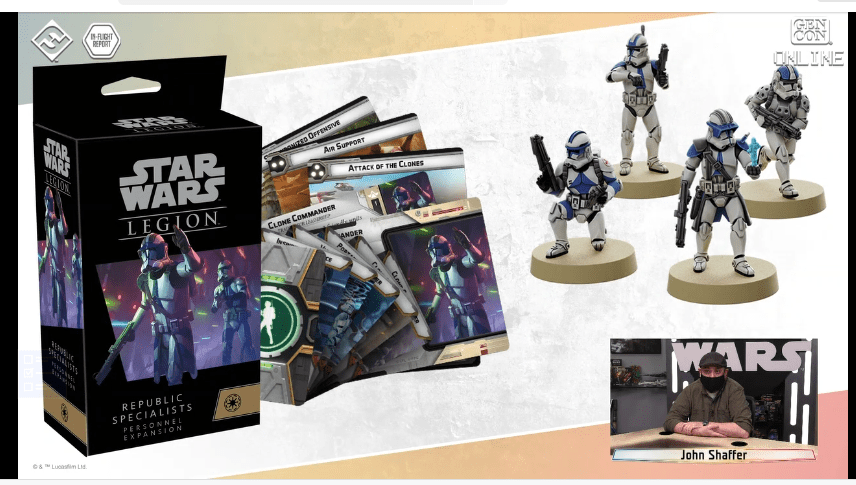 Man, look at that holo-puck the clone commander is holding.  They are really stepping it up with the detail on these things. 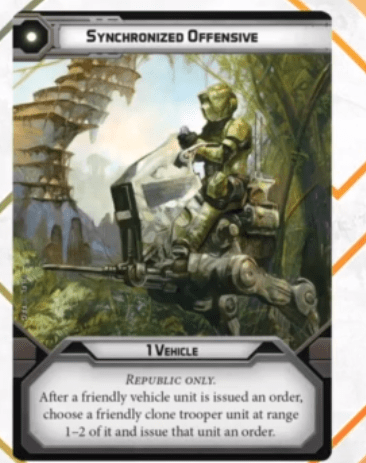 Well this is fantastic.  One pips that give out multiple orders are quite rare.  Now you don’t have to choose between giving the order to that saber or to a clone trooper for fire support.  Why not both?

A generic one pip that is actually good?  Yes please.  No offense, Covert Observation.

Nuggets from the stream:

-Clone engineer and medic do not have non combatant keywords

-Clone medic and clone engineer each heal one wound

-Clone commander and T-series are 55 points

–Clone commander and T-series both have two new keywords, which are the same on both units 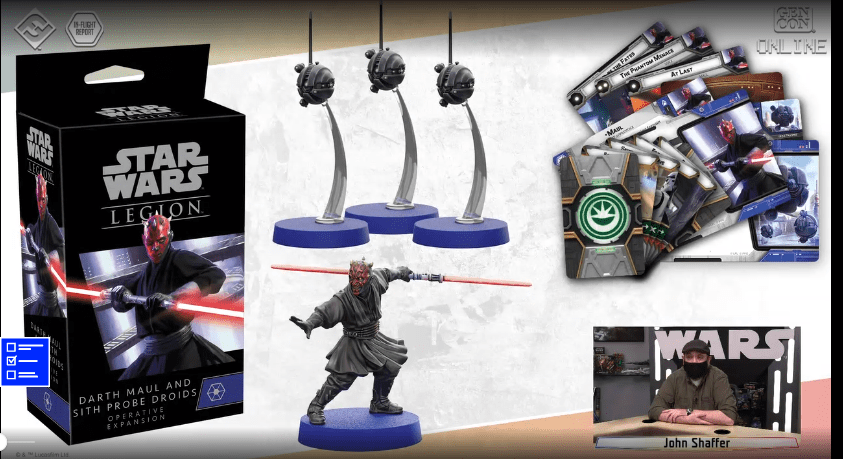 Oh boy.  Can I buy three of these and just paint one up for each different pose?  Would that be wrong?

Notice how the face tats are sculpted on there.  Now I don’t have to dread free handing those. 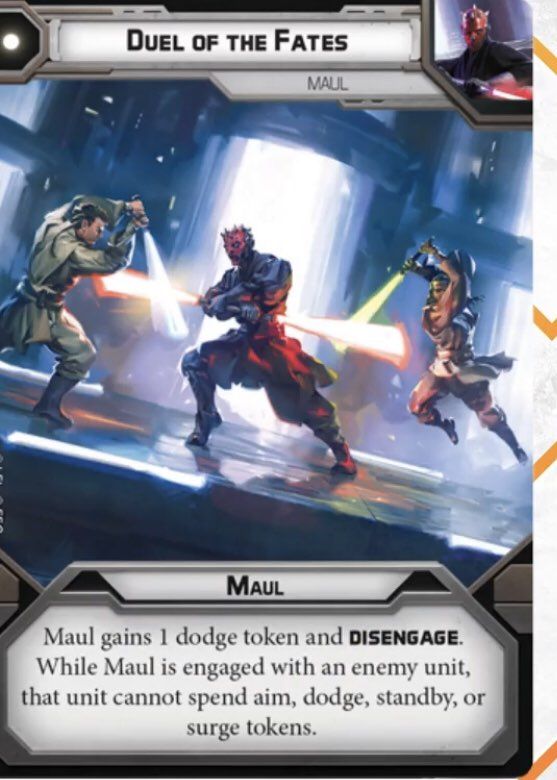 No tokens for you!  This looks like it shuts down other saber wielders pretty hard.  Obi-Wan would be pretty sad if he plays Hello There into this.  The best part of this might be the free dodge and Disengage.

More nuggets from the stream: 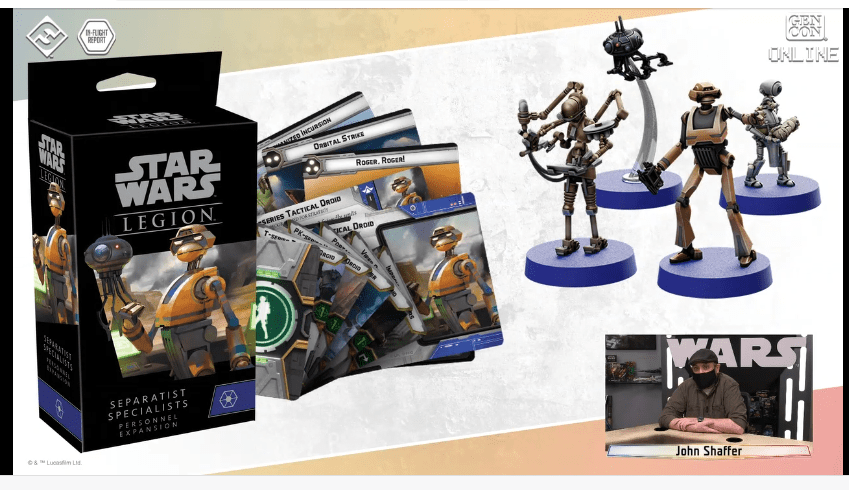 Damn, get a look at those bell bottoms.  T-series are supposed to look kind of silly, they are basically caricatures.  Personally I think they nailed it with this one.  Can we just take a moment to appreciate the ridiculously amazing blending on that paint job? 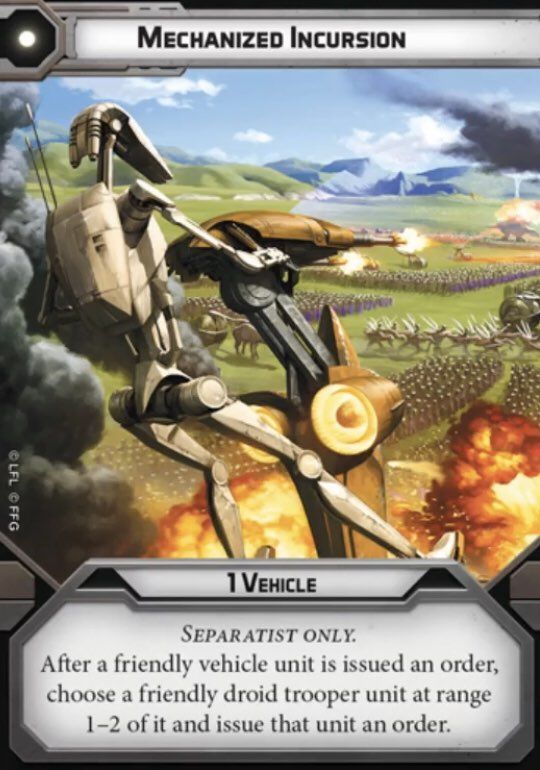 This is basically a straight mirror of the GAR version, except CIS has STAPs, which potentially makes this even more interesting.  If you bounce more orders to more STAPs with their coordinate, do you get more free procs of this card?  I don’t know, but it sure sounds fun. 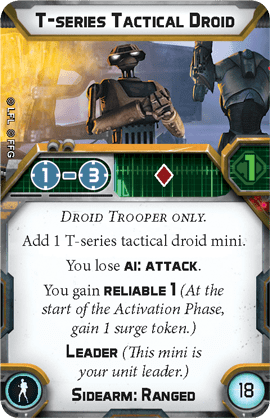 Mr. bell bottoms can disco his way right into your B1 and B2 units.  Losing AI is pretty decent; gaining a red die on offense and reliable is great.  I could see this being competitive in both B1 and B2 units.

This looks like a mirror of Electrobinoculars, but for dodges.  How often have you had that pesky naked B1 unit with nothing to do but recover?  Now you can throw a dodge on Dooku too.  Or Maul.  Whatever.

More nuggets from the stream:

-Observation tokens are a new thing, did not say what they do.

That’s all folks.  Are you excited?  I sure am.  These look like they will open up a lot of new list buildings avenues for both of the prequel factions.