I love me some data.  Don’t you love you some data?  Strap on some assless chaps, because we’re about to go for a ride.

“There are lies, damn lies, and then there are statistics” – Mark Twain

So, the Las Vegas Open happened.  If you missed my brief recap and the top 6 lists from last week, check it out here.

The Legion tournament at LVO had 62 players, and those 62 players played 125 games.  I have in my hot little hands all 62 lists, and all 125 match report slips.

The match report slips were specifically designed for data collection.  On said slips were the player names, who won (obviously), red/blue player, factions, battle cards played, number of turns finished, and final score.  Below is an example of what the slips looked like.

Unfortunately not everyone filled out every field.  Final turn # was often left blank, which we will get to shortly.

We are going to take a look at some general tidbits: game length, setup cards played, and blue/red player wins.  We’ll then look at the list data.  In part two, we’ll break down all the lists and draw some conclusions from indexing the lists with the match data.

This is a hot topic in the Legion community right now.  By far the most common negative comment with regard to the tournament was time: everyone felt crunched all day, and players felt like their games were not finishing.  Few things leave a worse taste in a player’s mouth than losing a game that doesn’t finish, especially one where you feel you would or could have won if the game had been played to completion.

I won’t get on my chess clock soap box here, but suffice to say I believe the game was meant to be played to completion (six turns), and if FFG is going to mandate two hour games, something needs to be done to make sure the six turn standard is consistently met.  In my experience, the most fun, memorable Legion moments happen in turns 5-6 in competitive games; the first few turns are positioning and attrition, and the last few are when the splashy things happen.  You can’t have a comeback in a four turn game.

I think the most ideal scenario for me is two day tournaments with plenty of time for game completion, socializing, and convention enjoying, but I know that’s not a reality at the moment.

Anyway, here are the numbers for game length:

Most games were only finishing about four turns.  Several games (especially from the first round) didn’t make it past three turns.

Unfortunately we didn’t have any sort of check box for if a player conceded or was tabled, so its possible some of these ‘short’ games do represent complete games.

I know Adepticon is already adjusting for this by increasing round times.  We will have to see if it is enough.

Looking at setup card data is always somewhat interesting to me.  What Objective/Condition/Deployments end up getting played the most, and which are played the least?  Further, do any particular setups result in more Rebel/Empire wins in cross faction match ups?

The columns here are just for wins in cross-faction match ups (i.e., not faction mirrors).

Small sample caveats apply, but there are somewhat notable differences on Intercept and Recover; the former favored Rebels, while the latter favored Imperials.  Although Vader and Palpatine lists are both very good at Intercept, there were few of these.  Boba Fett is obviously excellent on Recover.

The deployment numbers are interesting.  Everybody hates Disarray.  Practice on Disarray and then force it, and you are very likely to be pushing your opponent out of their comfort zone.

The condition data doesn’t seem particularly interesting one way or another.  Clear Conditions was most popular.  I’m not surprised to see Minefield or Hostile Environment at the bottom, as those tend to favor particular kinds of lists and generally create frustrating situations for both players.

Blue has advantages, obviously: cutting three cards before the game even starts, choosing table side, winning ties.  There was, in fact, one game that tied on objectives and points, though that is a fairly rare result.  I think the impact of points ties is often understated, because that includes ties of zero points destroyed.  This means Blue Player is playing defense by default (if they want to) on stalemate type objectives like Vaporators.  In practice, games rarely result in a points tie, but they technically start that way.

Red player has advantages as well; deploying second, having the second two vetoes.

I’m not quite sure what to make of some of the red/blue win splits on specific objectives, conditions, and deployments, except that Key Positions is fixed.  Nice work FFG.  The splits on Long March and Recover really puzzle me, because I don’t feel like red/blue should make much of a practical difference there.

Now for the fun part.  We’ll hit some general trends here, and then use small sample sizes and win/loss records to jump to outrageous conclusions in part two of this article.

We’ll start with setup cards again.  Which cards were most commonly cut, and by whom?

The galaxy is at war, but at least Rebels and Empire can unite in their hatred of Moisture Vaporators.  I find this rather odd, since Moisture Vaporators is now the most defensive objective for Blue Player, and therefore advantageous if you are using your deck.

Almost nobody cut Key Positions and Clear Conditions, and nobody at all cut Major Offensive.  Major Offensive feels like the most ‘neutral’, least offensive deployment.

Snipers hate Limited Visibility, so that was cut quite a bit as well by both factions.

Boy, do Empire players hate Disarray.  Only one Empire list was running two commanders, so this is not surprising.  Rebels much more frequently run double commanders and are in a better position to split forces.

Bids are always a hot topic.  How much should you bid to ensure getting your choice of red/blue player?

One huge caveat: this is probably going to be obsolete tomorrow when Jyn and Pathfinders are released.

And yes, in case you were wondering, the 17 point bid was a sab list.

Which command cards were most popular?

This also gives us some insight into which characters were taken.

For Empire, Maximum Firepower, Push, and Coordinated Fire were all in nearly 2/3 of the lists.  Veers was the most popular Empire commander, and Evasive Manuevers is bad (at least, it is bad in lists without vehicles), so this is not surprising.

I was kind of surprised by how often Covert Observation was taken (that is, more than zero times).

Leia was the most popular Rebel Commander, so Coordinated Bombardment was the most common Rebel command card.  Rebels generally run two characters, so the generic command cards were far less common.

Yes, Emperor Palpatine was equally as common as the T-47.

Generally speaking, Rebel lists were more varied, with a nearly equal mix of all four characters (with slightly more Leia).  Veers was by far the most popular Empire character, followed by Boba Fett, with Vader and finally Palpatine a distant third and fourth.

DLT-19 Storms were almost ubiquitous, with just one Empire list taking none.  Naked Rebel Troopers were slightly more common as a mainstay, though the Z-6 is still king.  Snowtroopers were also very common; their Rebel counterparts, Fleets, less so.  In case you were wondering, all 11 of the Fleets had Scatterguns and all 26 of the Snows had flamethrowers.  No exhaust weapons of any kind anywhere in the tournament.

Only four lists had FD Cannons; three of those lists made the final cut.  Quite a few lists had AT-RTs, making it the most common vehicle.

For Spec Ops, Sniper strike teams were by far the most common, with Wookies and IRG a distant second.  The other Commando/Scout variants were fairly rare, but not totally absent.

There were also five lists with AT-STs.

That’s all for this week.  We’ll take a deep dive into specific list archetypes and their win/loss records in part two.

Kyle Dornbos aka Orkimedes is one of the cohosts of the Notorious Scoundrels podcast and a top 8 worlds contender in Star Wars Legion. Kyle is the developer of the attack dice simulator as well as a number of other tools developed for Star Wars Legion.

2 thoughts on “LVO – The Data Article, Part One” 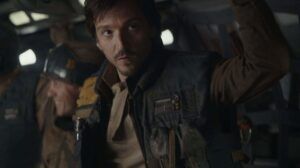 Things to do in deep space…