FFG dropped a brand new Rules Reference Guide (RRG) update today, clearing up some grey areas and adding entries for the various new keywords present in the ARC Trooper/BX droid release, which is pending next week.  If you were hoping for some kind of sweeping balance changes or points updates, clearly this is not that RRG update.  This is basically just the RRG that was overdue to tell us how to play the newer stuff.  Think I can improve this SEO any more?  RRG.  Update.  Legion.  Waffle.

Below, I’ll hit all the new blue text, so you don’t have to.  Rather than quoting verbatim every new rule and keyword, I’ll try and summarize it.  There are also some grey areas that were cleared up and some interactions that have changed in nuanced ways.

This is a new keyword on Padme.  When the unit with the keyword would be issued an order, it can be issued to another unit at range 1-2.  Basically this is permanent comms relay on Padme, with the exception that she counts as issuing the order (even if it originates from somewhere else), in case that is ever relevant.

Finally an RRG entry for the most confusing pre-game command card there is!

This is a really long entry, and I won’t step through every detail.  Basically, they work like we thought they did, with a few additional clarifications:

-Minis can move through but cannot overlap Bane tokens

-The Kablamo! token is removed after it detonates

For the full explanation of how these work, take a look at the RRG as well as Bane’s I Make the Rules Now command card.

-Bomb carts can move through engaged units, but cannot displace them (and thus cannot end on top of them)

-Bomb carts can move through or over impassable terrain, so long as its final placement is legal.  Basically bomb cards can’t be blocked by hills and walls and such.  This is a gameplay improvement for a variety of reasons and considerably simplifies how they move.

-A unit with more than one instance of the Coordinate keyword is considered to be one coordinate keyword with multiple possible target types.  For example, if a unit of Shores has Gideon Hask and is issued an order, it must choose whether to use Coordinate: Emplacement Trooper or Coordinate: Corps Trooper, and cannot use both.  This clarification wasn’t necessary before Hask as it wasn’t possible to have such a scenario.

We’ve never actually had an entry for this, despite the fact that it has existed since Dooku released.  Here you go.  Basically it is the opposite of Inspire, dish out a suppression token at Range 1-2.

They sure buried an important little nugget in the last bullet here.  Units cannot be placed into or move into base contact during Setup.  This prevents, among other things, units with Scout from engaging Hostage carriers during setup (which was previously legal, RAW).  It also prevents units engaging infiltrators during setup, so you can safely drop Jyn in the middle of your opponents deployment zone without fear of starting the game in melee (though that still seems like an awful idea, tactically).

As with Authoritative and Bane Tokens, we now have a formal entry for how Bane and Padme’s three pips work with respect to revealing them.  Basically you may reveal it during the specified step (deployment in both cases) and then do the things on the card.  We also have some clarification on how it works if both players have divulge cards (blue player chooses whether to divulge first).

This is a new keyword that is available on some of the new Mandos.  Basically you can spend an aim in melee to gain Pierce 1, or spend a dodge in melee to gain Immune: Pierce.  Unlike Lethal, this adds to rather than replacing the normal benefits of those tokens; you still get to also reroll dice if you spend and aim and you still get to also block a hit if you spend a dodge.

Also a new keyword for Padme.  Friendly units can spend your green tokens at range 1-2.  This has been corrected in the updated RRG and requires LOS, which is consistent with the reminder text.

Added clarification for what “ignoring a unit’s rank” means.

Added clarification that the Immune: Enemy Effects keyword applies during setup and round 1.  Previously it was possible to argue that it didn’t apply during setup (which it didn’t RAW) and also that it continued to apply during the entire game (as the round 1 restriction was only on the hostage card and not the RRG entry).

This is now a weapon keyword, thanks to Cad Bane’s gauntlets, so it needed a new entry.  Notably, it requires you to actually wound the target to dish out immobilize tokens (it doesn’t happen automatically just by attacking).

This is a new keyword on a number of weapons, including the BX and ARC snipers.  Note: the “Modify Defense Dice” step language that was in the first version was a mistake and has already been corrected to say “Modify Attack Dice Step.”

Additional bullet that restricts you to one leader upgrade per unit.  Rules would start to get really weird if you could put like Hask and an Imperial Officer in one unit.  Now we don’t have to wonder what sort of amusing contest they would have to engage in to decide who gets to be the leader (arm wrestling?  Ewok pitching?  epic posing?), you simply can’t do it.

A bullet was added that you can still deploy units into transports even if they are outside your deployment zone.  Presumably this is to cover situations where you forward deploy a transport with Roll Out.

This is a new keyword on Padme and Bane’s command cards, which basically makes the command card effects permanent (normally the effect would be just for the turn on which it was played).

You can now premeasure with silhouettes.  This doesn’t seem great for play speed, but feels necessary given how oddly shaped they are compared to most trooper minis.  It is super common to sidle up to a terrain piece and think your dude is out of sight, only to be attacked and realize that the corner of the silhouette sticks out.  At least now you can sort that out in advance before you put your dude there.

New keyword for Clan Wren and Inferno Squad.  Free aim or dodge tokens when near Sabine and Iden, respectively.

Nearly this entire section is blue, but here is the TLDR: they work like you thought they did.  This has basically be re-written such that they actually cancel paint (a hit or crit) rather than give you a guaranteed save, which is functionally the same thing but feels cleaner mechanically.

New effect introduced with Bane and Padme’s command cards.  Yeah, it works like you thought it did; one unit loses the token(s) in question and the target unit(s) gains it/them.

Reroll happens during the reroll dice step.  This basically works like you always thought it did, it just cleans up the language.

Clarifies what that little number “2” is on those new upgrade cards that feature characters.  Basically, they have two wounds.  There are a still a lot of things that are confusing about this mechanic (what happens if they are a unit leader and they die, and they are in a unit where the other minis have one wound?) which aren’t super clear from this update.

I think that is everything.  Let me know if I missed anything or if anything is unclear in the comments! 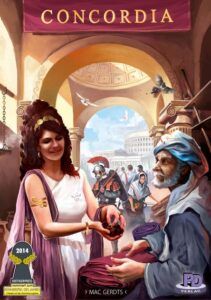 Why You Should Play: Concordia 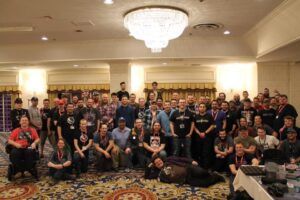 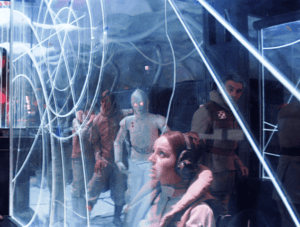