On Wednesday we got several significant spoilers out of France(Thank you Ryo on TLD!) for the new Rebel Armor piece: The AA-5 Speeder Truck (Party Bus!). Today we’re going to take a look at the upgrades that were spoiled and talk about them. Get ready Rebels, the AA-5 Meta is coming.

The AA-5 has 1 pilot slot, 2 crew slots, 1 hardpoint, and 1 comms slot. I’m going to dump all the spoiled upgrades at once since they’re in the same photos. Then we’re going to go through each slot one at a time.

Shriv Suurgav – Shriv does two things. The first is he is the first instance of Field Commander available to the Rebels. It’s important to note here that he is Heavy only instead of restricted to the AA-5, meaning you can take him in a Landspeeder or Airspeeder as well. Having a relevant Field Commander option for all of these vehicles brings a lot of flexibility to Rebel list building with Armor. The second thing Shriv does is hand out a dodge token and light cover (via suppression) as a free action. This is a great ability on top of the fact that he can be your armies leader. Paired with Luke or oven just Nimble Rebel troopers this ability can eek you out a lot of value over the course of a game.

Hot Shot Pilot – You gain Sharpshooter 1. Those are 4 words that Airspeeder Commanders have been hoping to hear for several years now. This guy is Repulsor vehicle only, which is presently the same as being Heavy only for Rebels at this juncture. I don’t think Hot Shot is particularly good with the AA-5 outside a very specific build, but he’s definitely great on the Landspeeder and Airspeeder.

Outer Rim Speed Jockey – You gain Cover 1. I don’t like this upgrade. He’s got the same restrictions as the Hot Shot Pilot. However, the Airspeeder and AA-5 both have the full armor keyword, making this guy kind of useless on them. He might be ok on the Landspeeder, but I think you probably want the Hot Shot Pilot to just deal the damage.

Reckless Driver – This is a complicated upgrade for what it does for you. It’s AA-5 only, so that narrows our focus. This card functionally does 2 main things: 1. You gain a compulsory move. This means you have a transport with 3 potential moves each turn, which is kind of insane. 2. You get to potentially kill models in the first unit you run over. This is actually not that great, your odds are pretty low of dealing significant damage. I think this upgrade is mostly going to be taken to eek out a 3rd move on your AA-5 to get your cargo where it needs to go as soon as possible.

There are 4 Crew Upgrades – Backworld Medic, the Gonk Droid, Unstable Astromech, and Unorthodox Tactician. Most of these effects are bonkers, so let’s go through them.

Backworld Medic – As an action you get to heal a wound or mini from a unit and potentially give them 1 or 2 suppression tokens as a result. There is no capacity on this, so you could potentially take 2 AA-5s and have them each heal a wound for 6 turns. This opens up a lot of strategies that before may not have been super durable when variance hit them. This may end up being a staple in Mandalorian focused rebel armies. You can only take this one on the AA-5.

Refurbished “Gonk” Droid – This is AA-5 or Landspeeder only. It gives you shielded 2 and then gives you a 50/50 on recharging your shields at the end of your turn if they were spent. This is more interesting than the outer rim pilot because shields can cancel critical hits, so you can actually prevent things going through your armor. This is a great option to increase durability, something the landspeeder sorely needed.

Unstable Astromech – Alright, so this bad boy is AA-5 or Landspeeder only. The effect is really insane – You get to shoot or move at the end of your activation and potentially suffer some wounds. It’s also only got one use. I think you likely are double shooting with this in the Landspeeder and probably Quadruple moving with this in the AA-5 (if you pair it with Reckless Driver). You’re likely to take about 2 wounds on average (15/8). If you’re taking this you should probably make sure you have sources of repair in your list as well.

Unorthodox Tactician – This is AA-5 only and hands out, on average, 2 aim tokens a turn to nearby units. This is a value upgrade and it definitely does it’s job. If you’ve got an empty crew slot and you’re not suiciding your AA-5 towards the enemy, take this and profit.

Heavy Laser Retrofit – 1W1B1R, Range 4, Critical 1, 16 pts. I don’t love this gun for it’s points. It’s a decent “DLT”, but if you want a DLT you probably should just take a Rebel Trooper with one. If you’ve got extra points floating around and you can’t add an extra activation to your list I could see taking this, but that’s really the only situation I feel it’s good.

I’m inclined to say you probably leave both hardpoints at home – if I’m taking either its probably the Retrofit with the hope I never have to use it.

Linked Targeting Array – This has been around for a while, nothing new here. Target 1 is still pretty good, though I don’t know if you’ll want it here. The AA-5 is not a dedicated firing platform.

On BoardComms Channel – This upgrade basically gives you the ability to coordinate to whatever you’re transporting. This is a pretty good effect that you should expect to trigger 1-3 times a game. If you trigger it consistently it can often be better than Seize the Initiative or HQ uplink, depending on the situation. For 3 points, this is pretty good.

Here’s three lists that use the AA-5 and it’s upgrades:

This is a gunline that has a lot of flex to it, you’ve got R2 to keep your AA-5 up and your AA-5 to keep your Mandalorians up. The AA-5 is handing out aim and dodge tokens and healing your Mandos or in a pinch it can be used to transport a unit of fleet troopers into the thick of it for some extra zing.

This is a similar setup, however the AA-5 is much more focused on keeping the gunline and Luke alive as opposed to potentially getting into the fray. If you want to dive with Luke, you should be able to do so safely.

In perhaps our most daring list, we’ve got two Quadruple moving AA-5s that hand out aim tokens to their 6 man Fleet trooper teams and 3 full Wookiee squads. This is the equivalent of a melee/close range skew. I have no idea how well it will work, but it definitely feels like it has some teeth, particularly if you can segment their army.

This build turns the Landspeeders into killing machines with 2 attacks on their initial engagement turn with 5B1R1W on each shot with sharpshooter 1. You’re going to take some damage – but you’re going to dish it out too.

The Rebel Party Bus is an interesting addition to rebel armies and does a lot of different things really well. It’s support capacity and token generation allow you to field it in a wide variety of situations effectively and dare I say it, efficiently. Has the time of Armor finally come? Perhaps, and at the hands of a Vehicle whose guns aren’t the priority, who would have thunk it?

Until next time – May the Dark Side be with you, Always 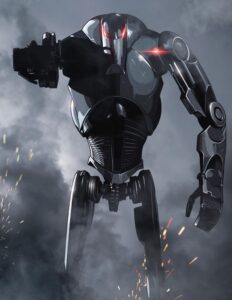 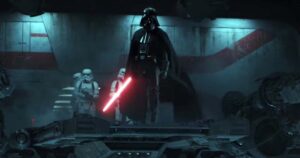 The Empire is better then you think – Here’s why