Do you have the need? The need for speed?

The Need For Speed

Today we’re going to be looking at a sweet new list I’ve been messing around with after the recent errata and points adjustments. The new points changes to almost the entire rebel arsenal allows you to do some crazy things and fit a lot of units that used to be expensive in the same list. 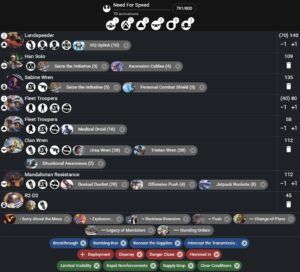 This list presents a highly mobile, high damage army. Let’s take a look at what each component piece does:

The Landspeeders with HQ Uplink are here to provide highly mobile platforms for our heroes – whether that be Sabine, Han, or R2. I normally put Han and Sabine in the driver’s seats, but if you need to score secret mission, throwing R2 in there is a great way to do it too. The Uplinks on the speeders allow you to maintain some modicum of order control on turns you throw orders on the drivers but cant get orders on the speeders normally (Particularly their one pips).

Han Solo with Ascension Cables and Seize the Initiative

Han is still a tough sell in any rebel list due to his high probability of dying and courage value. However, in this list we can attempt to driveby with Han in order to get some real value with him (we’ll touch on the driveby and what mechanics enable it later). His suite of command cards are particularly good in this list. His 1 pip synergizes well with Sabine’s Seize and the Uplinks on both speeders. His 2 pip is extremely effective if you give an order to a dodge tokened Clan Wren. His 3 pip is always money – and can be devastating in the right matchups if you are able to prevent your opponents from playing an important game defining card.

Sabine Wren with Seize the Initiative and Personal Combat Shield

Sabine has always been quite good – her 1 pip is and always has been particularly devastating. Now you can toss her 1 pip bombs out while driving a speeder! This is a super fun and sometimes extremely potent effect that can win the game on it’s own due to our new delivery system. We’ll touch on it some more in the driveby section. On her own though, Sabine is just solid – boasting her command cards (we’ve swapped her 2 pip for push here just to get some more order control) that can change the landscape. Clan Wren adds additional value here and the combination of Retinue, Situational Awareness, and Han’s Reckless Diversion allows you to build a really sticky unit that must be shot at.

These guys are just here to meet our corps requirement and do objectives. The medic is there to heal our Mandalorians – should they lose a model so that we can recoup some value. In a pinch they can also save Han or Sabine if you get caught out of position.

Clan Wren is here as the forward objective grabber or distraction. Whether you need someone to pick up the middle Recover the Supplies box or need a good hardy target for Reckless Diversion, Clan Wren is able to take on all of these responsibilities while keeping up with Sabine in her Landspeeder. Clan Wren and their Mandalorian Counterparts are your only real source of damage outside of Han and Sabine though, so be careful with what dangerous situations you put them in.

Our second swiss army knife unit, the generic Mandalorians serve to add some ranged firepower to the list while preserving our high mobility theme. They have the ability to hit the enemy with their jetpack rockets at range and then support your driveby when the time comes.

Look at that, he’s gotten more expensive, but he’s still real good. R2 gives us an extra source of a victory point while simultaneously providing a platform to heal your landspeeders should they come under fire. This also allows us to have a 10th activation that’s not a corps unit. All upside here

The crux of this list is getting in and then getting out to hit your enemy as hard as possible. What does this look like you might ask?

Step 1: Get orders on whichever hero and Landspeeder will be doing the Drive by (Example: Play Push on Sabine and the Landspeeder she’s driving)

Step 3: You only get 1 action with the hero inside, so on your next activation take your attack action and gunslinger at 2 units.

Step 4: On your next turn, play one of your 1 pip cards (Sorry about the Mess or Explosions). It’s worth noting here that you’ll need to use some combination of HQ Uplinks and Seize the Initiative to get the right amount of orders out on the units you need to get them on.

Step 6: Activate the Landspeeder your hero is in and get the hell out of dodge. You’ve got 3 moves to get them to safety, use them wisely.

This is particularly effective on Breakthrough and Bombing Run where you can hit the enemy and immediately score points (Boming Run) or get into the enemy deployment zone after cruising by(Breakthrough). You should prioritize these objectives.

Let us know what you think of this sweet list!

Until next time – May the Dark Side be with you, Always

2 thoughts on “Theorycrafting – Need For Speed”

Beginners Guide to Star Wars: Legion – I bought a core set… now what? 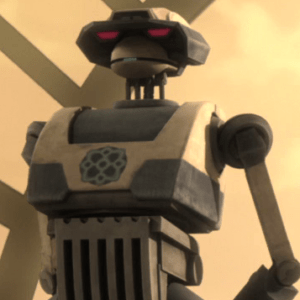 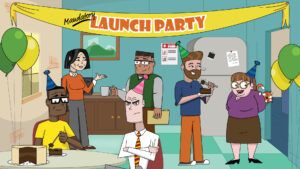