Things have been all quiet on the Legion front, aside a few articles on Lando and Kallus, ever since the breaking news of the shift to AMG until now! AMG, who tends to be active with hobby streams on their Twitch, went live today with some discussion about all of the Star Wars properties they are taking over.

For those of you who listen to the Notorious Scoundrels you probably know that I was looking forward to this stream. I just wanted to hear their thoughts, see if they had a plan, and go from there. I’ve been in Legion limbo, so to speak, and I needed some ground to stand on. While they may not have given much I think it’s also safe to say they gave a little more than I actually expected.

I speak for myself here, and I am sure there are many others, that this was the piece of information I have looked forward to the most since the news of the switch. I, however, did not expect to get that news in this first stream. A quick summary of what they mentioned briefly:

I may have missed something along here, but these were the key takeaways for me. Let’s start from the top with the Worlds news: I wasn’t expecting this. Everything I have heard about Marvel Crisis Protocol (MCP), an AMG entity, is that Organized Play isn’t really a thing. For me, personally, whenever I invest in something I need a goal in order to do it/play it.

Needless to say, this was a breath of fresh air for me. I am a competitive player, for the most part, and that’s where my fun comes from. Having a set of tasks or goals to reach are what I need from this game. Going to store tournaments, Primes, Majors, Worlds….those events are why I play Legion. It was refreshing to hear this, even if it is way down the road. (Which is absolutely appropriate and I am glad they are understanding of the situation at hand.)

As for the other things of note: it all sounds good. They sounded eager to send stores kits and they seemed even more eager about possible narrative events they could cook up. I’m excited to see what they have planned when we are ready to get to playing in stores/conventions once again. (And maybe work on changing the “meh” parts of FFG OP over the past several years.) Look for the extended discussion on Organized Play in their stream tomorrow! TELL US MORE ABOUT SUPET VADER!

Two units that were leaked are now confirmed by AMG. Entering the ring for the Rebels is the A-A5 Speeder Truck. A very, very Rebel looking (ugly) heavy unit for the Rebel faction. We were not shown any cards, but it is said to be a transporting unit. They did show the actual model, which despite being *ugly*, is pretty awesome looking. It has a lot of details, even interior ones, and it looks to have an oblong base like the Imperial GAV tank. Here’s to hoping the Rebels have an *actual* heavy unit. (Stares at the Landspeeder and Airspeeder ((I know the Airspeeder is decent now)))

As for the Imperials….oh, AND the Republic… they are getting the LAAT/le Patrol Transport. Not to be confused with the large LAAT as seen in The Attack of the Clones, but rather the smaller transport seen frequently in Rebels on Lothal hunting down Ezra Bridger.

I have a few thoughts about this one. First off: The model looks amazing. I’m excited to get one of these in my hands, which is saying a lot considering I haven’t done anything hobby related in months. Second of all: It feels a bit bad that Republic gets another dual faction release. In any case, I am excited to see these bad boys on the table for either faction!

They said to look forward to seeing Luke Eddy on the stream come next month to discuss more future units! Can’t wait to see what they have in store! What do you think we will see?!

As we know when the switch was made that the FFG forums were going to be archived. Fear not, friends, they are already planning on getting a rules forum on AMG soon. The Rules Forums has always been a great resource for rules clarifications and I’m glad they’re making that a top priority to get done.

I mentioned earlier that AMG tends to have a lot of hobby videos streamed on their Twitch, especially with their MCP stuff. It looks like they will stream plenty of Star Wars related things going forward on their Wednesday and Friday streams! While watching streams is somewhat hard for me between work and the home life I look forward to seeing them when I can. More involvement with the community the better, in my opinion! Streams are a good way to stay involved.

They did mention they are exploring new ways to play Legion, possibly have some MCP style encounters. For those who play this game for theme, not competitive, this is great news. I’m sure there are far(!) more thematic players than there are competitive and this is genuinely great for the health of the game going forward. I’m excited to see what they do. They even mentioned doing some digital download scenarios for at home play while we are still cooped up at home, which is also awesome!

I wasn’t expecting much from todays stream, to be honest. I just was expecting a “hey we are AMG, this is who we are, this is our outline” and cut scene. The fact that they gave us more than that seems like a win. Sure, the production value of the stream was not that great but that also felt a part of it. It felt like it was meant to be relatable, especially during these times. They seem passionate about what they are taking on, and that’s all we can ask for as a consumer, right?

I look forward to watching tomorrows stream about their ideas for Organized Play and I’m happy to say I feel a bit settled. I have been a little concerned about the swap since the news and this stream balanced that scale a little bit. There’s plenty of work ahead but I’m hopeful. After all, Rebellions are built on Hope! 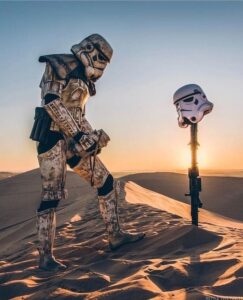 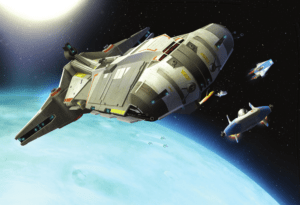