I am my own worst enemy. I build for the theme of a list more than I do what’s good for the list.  I tend to take sub optimal unit choices as long as it fits the feel of what I want.  I know I have talked about this before, but it crossed my mind again with all these cool rouge one lists flying around.  I played a Rebel Hoth list for a number of months with some success (never won anything with it, but always came close).  Yes, I had Leia and two sets of Tauntauns in the list (they were at hoth, don’t @ me), but I also took rebel vets, markII emplacement troopers, a 1.4 canon, and a T-47.  Most of the list would have been considered “Sub Par” due to not taking triple snipers and Luke.  That said, I don’t care (but I kinda do).  I have this curse where I always have to do things my way,  that means I win my way and also lose my way (more often than not).  I have done this since my x-wing days and it continues to spill over to other games I play.  In Warhammer underworlds for example, if a warband is considered bad I want to win with it, I want to MAKE it good (then come in last at an event). 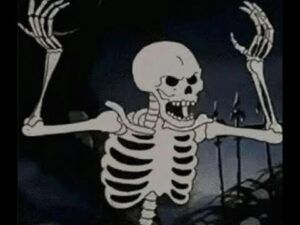 Pictured: Me upset about going 0-3 at an event I brought a list I have no reps with. Colorized, Circa 2019.

Now, all that said, I don’t like losing (who does really), but this is where we hit a paradox.  The win does not feel satisfying or like I earned it if I play “Meta”.  That is just my personal feeling and I have nothing against anyone playing a “Meta”. I totally understand wanting to use the “best” version of an army to increase chances of winning/not having time to play/list build.  Again, this is just how it feels to me in my Lizard brain.  I want to bring the underdog to victory, I want to win with what’s considered “bad”. 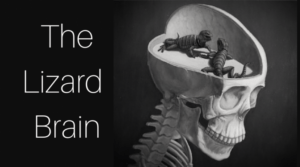 Pictured: Me thinking about bringing a counter COUNTER meta list to a local event that does not have a meta to begin with. Circa 2019.

Let’s take this last invader league I was a part of.  I took Cad Bane (with only his two pip playable) and decided I was going to champion him.  I knew he is not great (or even bad) with only one command card shown (things made a lot more sense when they revealed the other two), but I brought him anyway.   So fast forward to the end of the league and I ended with a stellar 1-4.  To be fair, I tried to do a few too many things with the list, but having 145ish of dead weight didn’t help.  I should have listened to the advice given to me  to dump him, but it’s the way I wanted to play aso I took it knowing it was going to be sub par.  All that said, this was the best group of people I have played against!  Super fun, super chill, and it was fun learning the new units with these folks.   I lost, but I lost my way.  In my mind I was going to go undefeated with him, then I got a wake up call three games in.

Mom said it’s my turn to get the bounty token.

What’s the worst character in this fighting game?  They’re my new main.  What’s the worst gun in this first person shooter?  Guess who has every mod for it.  The more I think about it, I don’t know If I even enjoy winning.  Well, let me rephrase that.  I think I only enjoy winning if the odds are so stacked against me, that it seems like a monumental task for me to win.  If my cunning and skill can win with the “low tier” options, then I think it’s the only way I think I enjoy it.  NOW, I can tell you for a fact my losses over all outweigh my victores.  Every loss is a learning experience for me to refine my gameplay to get it to a higher level.  The more I type all of this out the crazy it sounds right?  I don’t think I have ever really taken a deep dive on why I play games the way I do.  Most of the time in my mind I am  just thinking “Man, just bad dice today” or “I got outplayed, watcha gunna do?”.  I seem to always take the hardest path available and wonder why I failed.

Let’s try and bring this all back together because I think I went on a bunch of tangents here and lost the focus of the whole thing.  I sat in my chair and started off into space a for a while thinking about why I play the way I do.  I decided on a few bullet points to walk away with  from all of this jumbled mad man rambling.

I know this whole  thing was a real slog to get through and I appreciate you getting to the end here.  I wrote all this out in hopes that if someone else like me is out there, we can take solace that there are more of us.  More of us who take the harder path because it’s an option. More of us who only really enjoy the “Nightmare” difficulty of games.  More of us who make games harder for our selves for no other reason  then we want to.  More of us who say “I want to win my way”.  Thank you again, and please, Stay Rad.

2 thoughts on “My Own Worst Enemy”