There was a BIG update recently for competitive Star Wars: Legion players! For those of those that have not heard yet, FFG released new Tournament Regulations this week. There were some notable changes to the current setup, including the following:

The silhouettes, terrain guidelines, and MOV specifically have some major implications that I hope to shed some light on in this article. 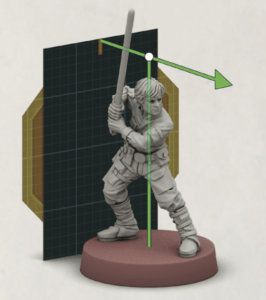 Anytime a player wishes to check line of sight to or from a small-base trooper mini, these templates will now be used. They can be printed from the last page of the Tournament Regulations linked above, just be sure that your print size settings are set to 100%.

So, more importantly, how exactly do silhouettes work? When measuring to a small-based trooper mini, this 42mm x 27mm template is held behind the model. Then if the attacker (or whatever is causing the Line of Sight  check) can see the

template or the model in front of the template, there is positive LOS to the mini. Note that the yellow/orange tabs are merely for holding and DO NOT contribute to LOS. Then when checking LOS from a small-based trooper mini, the small hash mark in the top center of the template is where your mini draws its LOS from.

So things like an extra long DC-15 rifle, a tall lightsaber, or a big furry wookiee arm that are only seen outside of the template would not grant LOS to a small-based trooper mini. Also, extra small troopers like R2-D2 or certain crouching minis, such as snipers, can now technically see and be seen over small terrain that would otherwise completely obscure their models. Careful though! This does NOT mean that those troopers are now taller/shorter. This silhouette is used only for LOS checks. So when comparing your mini’s height to a piece of terrain to determine whether it will have to climb or can just reduce its speed to cross over, the height of the physical models will still be used. R2-D2 will still be limited to his own physical shortness and wookiees will still be able to walk right over pieces much taller than a rebel trooper. 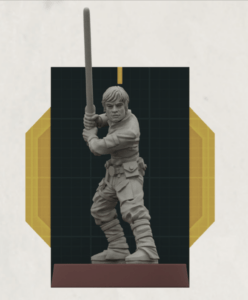 In many instances it may not even be necessary to use the physical template. As you can see from this angle, the template is exactly the width of the base. So in most cases, if you can see the base or the space above the base, then you have LOS to that trooper mini. This will definitely be an adjustment for a lot of players. It will become increasingly more difficult to hide some minis, as now their profile is a lot larger. But, there will be no more need to unthematically rotate your Z6 so that its gun isn’t sticking out from around the corner or face your sniper into the corner so his barrel doesn’t end up being his own demise.

Overall, the inclusion of silhouettes looks to be a step in the right direction and will certainly make the game more enjoyable to play.

Terrain guidelines! These are very straightforward, but having them means that newer TOs, or players unsure about how to create a balanced and enjoyable table for play have some concrete (and official, mind you) guidance.

So while minis may have become effectively larger with the new silhouette rules, ensuring tables have several decent sized LOS blockers each as described above will do wonders for ensuring your troops still have ways to advance on the battlefield.

Last but certainly not least, Margin of Victory. FFG did not entirely do away with Strength of Schedule, however they did bump it back to third and fourth tiebreakers and so it is very unlikely to come into play. In short, your MOV for a game is the percent of victory points you scored in a given game out of all of the victory points scored in that game. This includes Bounties and Secret Missions as they both grant victory points.

Several of these scenarios mention getting your tournament average MOV for that game, which is kind of trippy to think about it, because that means your MOV for that game will continually be in flux until the tournament is over. But what it means mathematically is that it just ignores that round entirely. Therefore; BYEs, opponents conceding, and opponents not showing have zero impact on your MOV.

At the end of all of this, your Average Margin of Victory is what’s used to break any ties in tournament standings, and that’s calculated just like it sounds (almost). Add up your MOV from each round, then divide by the number of rounds in the tournament. I say almost because this actually does penalize players that drop or show up after round 1, as they will have only, say, 3 MOV scores but will be dividing by 4 for a 4 round tournament.

So why go through all of this trouble? Why not just keep SoS? SoS can lead to (and has led to) very negative experiences as players had zero control over their own tiebreaker, and it was 100% determined by their opponents’ games. While SoS was able to tell you how difficult of a tournament you had (by virtue of how well your opponents performed) you had no control over who your opponents were, and so that number was effectively arbitrary anyways. MOV puts the control back in the hands of the players.

Now players have reason to go out and get that extra objective rather than run away with the middle box, leaving their opponent to chase them in futility. And trust me, having myself had to chase a box-carrying-Boba Fett all the way to the corner of the map only to run out of rounds can be extremely aggravating. If MOV had been instituted back then however, my opponent would have had motivation to try and gather more boxes, giving me a chance still for victory.

As a community we will have a small blip here for an unknown period of time however, as tournament softwares do not yet support MOV in this fashion. Hopefully that will be soon rectified. Until then, Tournament Organizers can get creative with excel spreadsheets, or even reach out to me at jbushman@thefifthtrooper.com for help on temporary solutions.

Overall, I am convinced lots of good changes were made, and Legion is definitely making steps in the right direction!

Jon "BushFacts" Bushman is a cohost on the Critical X podcast and the creator of the global ELO rating system for SW Legion. He is also the Head of Analytics and Software for The Fifth Trooper Network and creates graphical dashboards summarizing each major Legion event. 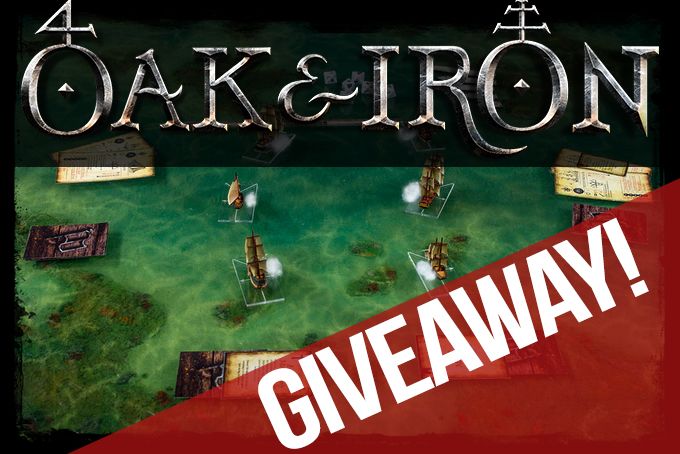 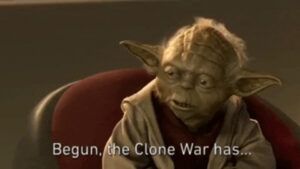