The Road to Worlds – Part V – The Dark Times

You thought the Road to Worlds series was over? 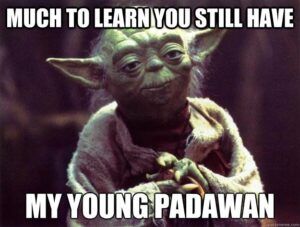 Let’s be up front and clear – we all know right now that the world is a very uncertain place. It changed over night and before our eyes. Today I want to talk about the ramifications this has had on Legion, Worlds, and by extension how I feel about it. Fair warning – this is not going to be frolicking in the fields of Naboo with your fiancee.

At this point, many of us are under strict Stay at Home orders in order to ensure that we can practice social distancing. This has had significant ramifications for our hobby.

All of these things stink but I think there is a more pressing concern, at least for me, that we should be handling as a community.

Many of us have found Legion as a place to be socially accepted. It’s a game that has brought us together as a community under the pretense that we all love Star Wars, miniatures, war-gaming, or some combination thereof. The things that have happened over the past few weeks and that will continue to happen are going to isolate and distance many of these communities. There are also people within our community that need this socialization – Some people are going to be struggling with depression, anxiety, or other issues. This is the time we need to reach out more, even if it’s digitally, to these friends and comrades.

We may be Social Distancing, but we can still make sure our communities hold together. How can you do this?

There are undoubtedly many more ways to do so – but the above list is a great place to start.

Please, make sure you reach out to your communities.

So we’ve been working towards battling it out at worlds over the past few months and FFG has announced that, at least for now, it is only postponed instead of cancelled.

Let’s live in a world for a moment where this all passes and Worlds is rescheduled later down the line. What does that change?

Basically, everything may change. The biggest of these is definitely Vital Assets – in many ways the game will need to be relearned by many people and strategies are going to develop and evolve with the addition of 60% more battlefield cards.

What does this mean for us? It means that the best thing anyone who has a worlds invite can do to prepare for whatever may come in regards to worlds is to just get as many games in as possible. Boot up TTS and start throwing down the Gauntlet we talked about in the last article.

In the meantime though – Let’s talk about what I would have played at Worlds had it actually happened on time. 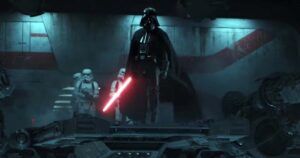 This is my super secret worlds list. Super duper secret.

Basically, It’s Operative Vader with a gunline that I have refined to specifically support him. The two largest components of the support structure are the Royal Guard and the medic. Both of them are there to keep the list from dying to gunlines that are heavier in firepower than what I’m bringing to the table, long enough for Vader to mix it up.

Because Scatter and Speed 2 Force Choke are a really big deal. Have you ever moved, then moved again, thrown something at range 2 to scatter it into range 1, only to then force push it into your own standbys? You can literally do that every turn if you’re not able to get Vader into Melee. Or maybe you’re going to do it at the end of your first move and move back behind LOS blocks, dislodging enemy units for the remainder of the turn. At the end of the day, your job with this list is to leverage Operative Vader to move your opponents units out of position so that you can roast them with the rest of your list. In my latest Premier League(Online TTS League) game, I Vader’s Mighted a squad of Phase IIs out from behind a wall and threw them into an IRG units standby zone, triggered a standby token on a squad of storms with an aim and then charged them with the guard. Hmm, maybe I should diagram that out in my next article.

I’d encourage all you Imperial players to try this out – Just remember its going to take a few games to figure out all the sweet things you can do with the new Dark Lord. At least we all have the time to experiment with him, in these Dark Times.

May the Dark Side be with you, Social Distance, and stay safe out there friends,