Before you do anything else, you should create a single player lobby and load the Star Wars: Legion mod. Use the help menu (Esc->Help Menu) to familliarize yourself with the controls of Tabletop Simulator. On PC, the most important hotkeys are Q and E to rotate units, R to roll selected dice or randomize decks, tapping TAB to ping a location, and hold TAB and drag to use the ruler. To get back to the regular pointer, hit F1.

Before you enter a multiplayer TTS lobby for your scheduled match, you should build your list in a single player lobby. I recommend first building your list with Legion HQ, hosted here on The Fifth Trooper. Then, with your list open, rebuild it in the single player lobby of Tabletop Simulator.

It’s just the worst is when one player shows up to the multiplayer lobby without their list built, and the other player shows up with it built, doubling the amount of time required. Be a courteous player and prep your list beforehand!

Once you have all your units and upgrade cards in the unit tray, remember to set up your command hand and battle deck using the Deck Builder. 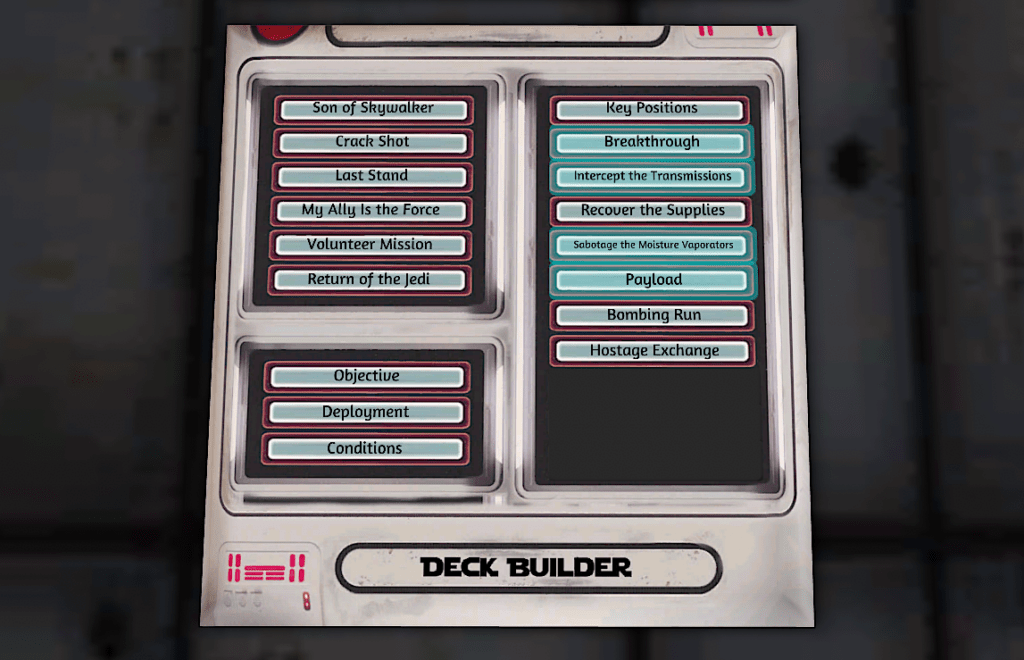 Make sure to set your command cards and battle deck before spawning the list! If you spawn the list without setting these, you’ll have to start over, or pull them from the bags on the side, which takes way too much time.

Once all these settings are set, click the ‘Save Army’ button to save your list. Make sure you rename your saved disk by right clicking on the object and changing the description.

Now you’re ready to join a multiplayer lobby. Once you’re there, load your disk by clicking Objects -> Saved Objects and type the name of the list in the search bar. Click the disk, then click on the battlefield to spawn a copy of the disk. Drag it to the Data Disk mount and click ‘Load Army.’

Next, you’ll want to load the map. You can use a Data Cartridge if you’re spawning a map in from a separate mod, or find one using the buttons on the Terminal (that big computer-looking thing).

It’s common practice to color tint your bases to mark which squad is which. Make sure to do this only after the map is loaded, otherwise your color tints will reset and your time will be wasted.

Another huge time waster is excessive banter, both in real life and on Tabletop Simulator. While banter is a fun and potentially stimulating social element of the game, make sure the game is continuing while you’re having your conversation. Players can easily add an hour or more to the game time bantering, so remain focused on what’s happening in the game and the next play.

Another way to make your games faster is to use a timer or a chess clock. This way there is an external pressure that keeps the game moving along and confined to a specific time period.

Another big time waster that I see is bad or inaccurate mousing – if you practice moving units around in single player, you’ll save yourself a bunch of time during a multiplayer game. Here are some mousing “best practices” that can help you with Tabletop Simulator Legion and online gaming in general.

Use the nub of bone on the outside edge of the bottom of your wrist as a pivot point, then relax your hand. You want your lateral movement to be smooth and free. Making your hand or arm stiff, especially while dragging, will decrease your accuracy. For movement up and down, raise your wrist slightly off the desk or reduce pressure so that it skims the mousing surface and use your whole arm to move the mouse. 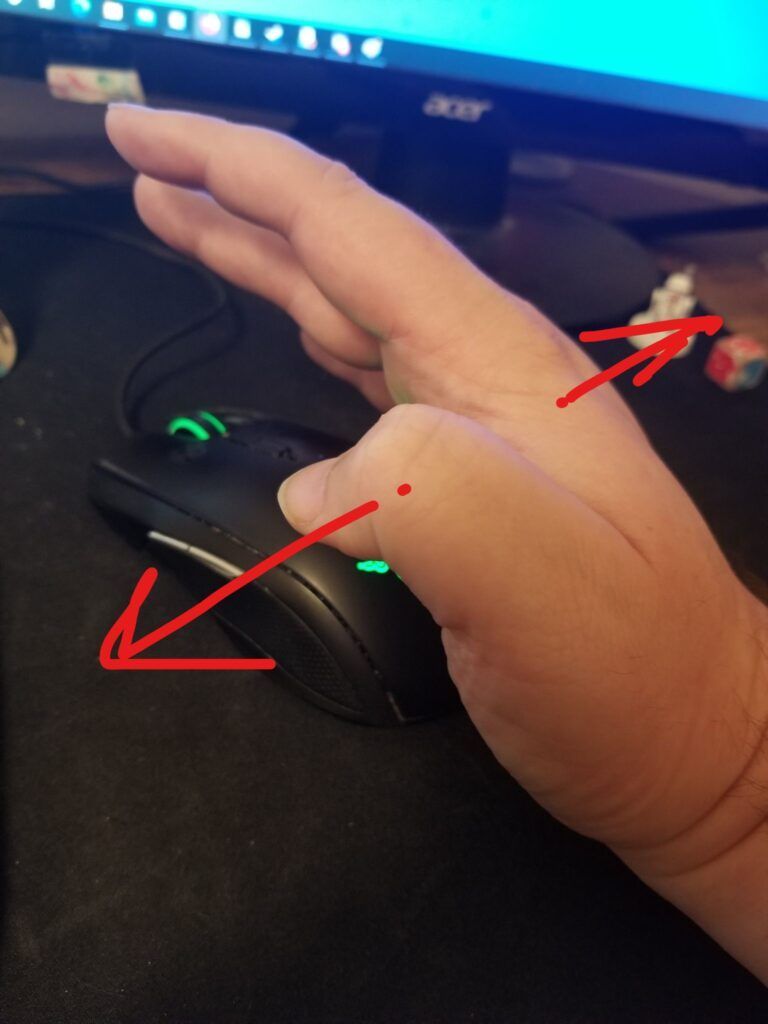 When you play, concentrate on accurate clicking and smooth motion. This is especially true when making a box by clicking and dragging (box selecting) – the bases of the units to be selected are automatically highlighted by the game. Never box select to select a single unit. You might also consider adjusting your mouse sensitivity downward slightly to help you be more accurate.

I find it faster when moving a unit to place the unit leader exactly where I want them, then adjust individual units with the cohesion bubble up by clicking quickly. You can also box select all the models in a unit and move them as a group, and even rotate the group with Q and E. This should make adjusting their final cohesion easier.

This idea applies to games of Legion both offline and on: it’s useful to formulate a checklist of steps for each task in the game. This will not only save time, but it will help you play more consistently. For example, when I attack a unit, I execute a few discrete steps without spending a lot of time on each one:

It’s important not to miss any of these steps because you can end up with an illegal game state, and rewinding the game state can be a massive time sink. If you do encounter an illegal game state, I recommend fixing it manually. Stay away from the Rewind button in the top menu if possible – there are some emergency situations that warrant its use, but Rewind is very laggy, so try to avoid it.

I find a lot of players agonize over precise cohesion of units – this is generally a mistake and a massive time sink. Note when I say precise, I am not referring to the legal cohesion required by the rules. I’m referring to spending five to seven minutes sweating the cohesion of a particular unit, which is absolutely unnecessary.

There are two legitimate reasons to spend a lot of time on cohesion – one is that you’re inexperienced and don’t know what good cohesion is or are having trouble with accurate mousing. The other is trying to keep things like clone token sharing and droid order chaining active. Anything other than that, just get the units in cover and get to rolling those dice.

If you have a clear idea of what to do with your units, and are able to mouse effectively, there’s no reason an activation should take more than two minutes. Consider that if two players with eleven activations per side spent five minutes on each activation, you would need almost two hours to complete one turn. It’s easy to see how the amount of time spent can get out of hand quickly.

If you don’t know what to do with your units because you are new, hit up any of the Tactics and Strategy articles here in the blog to learn more about how to play! The Fifth Trooper Blog is an absolute treasure trove of good information about Legion.

Here are some more ways to save time, in rapid fire:

If activations don’t affect one another in any way, you can ask your opponent to allow you to perform your next activation before they are finished, saving time by dovetailing.

You can press a unit flat to the table by holding both mouse buttons and dragging. This is useful for scooting a mini up against the bottom of a barricade, or getting them underneath an archway. You can also press ‘N’ to nudge the miniature away from the position of your mouse. The direction of the nudge is the vector between your cursor and the center of the mini’s base. 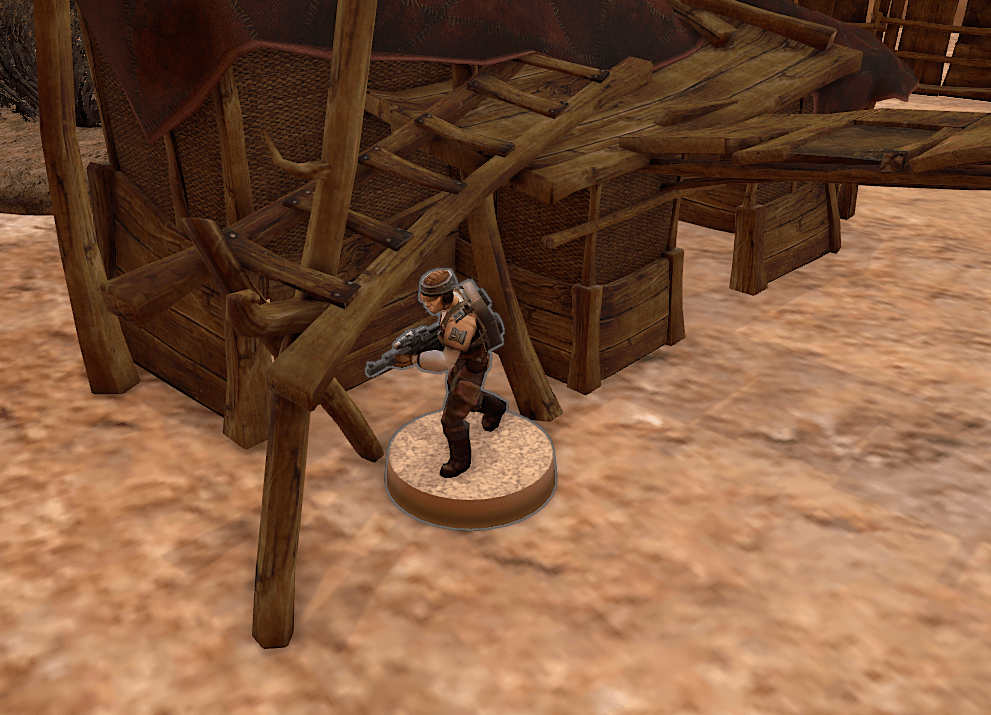 Remember, if it’s obvious a unit can make a move legally, don’t bother with pulling out the movement tool from the radial menu on the order token – it just wastes time. If it’s not entirely clear, err on the side of caution and use the movement tool.

Likewise, if the cover situation is plain to see, do not bother using the attack button. It is also a time trap if you select the wrong unit to attack or gain redundant information. Simply tap TAB near the unit to declare the target you wish to attack or use an ability on.

If possible, do not drag tokens in from the sides – it takes an enormous amount of time to scoot the camera back and forth. Instead, if a token of the type you already want exists on the battlefield, copy and paste it by using Ctrl+C and Ctrl+V on PC. You can also copy the infinite token stacks and paste them closer to the board for faster access.

Don’t bother converting surges by pressing the number keys to change the facing on a dice – just declare it verbally.

Occasionally, sever lag may stop the Roll button from functioning temporarily. Instead, box select the dice in the tray and use the ‘R’ key to roll. Press it about five times.

If your camera bugs out, press the Spacebar to reset it.

What are some ways that you play Legion faster on Tabletop Simulator? Leave your ideas for us in the comments section.