Let’s say you’ve bought into Star Wars: Legion and chosen your army. Let’s say you’ve got a bit of a competitive streak and decide to enter a tournament. Maybe you win a game and lose a couple, or maybe you win a couple and then run into a brick wall during your final game, getting rekt by your local “big fish.”

Maybe you searched on Google and couldn’t find good answers to the question, “How do I get better at Legion?” Believe it or not, in my early days of Legion, I googled this phrase in a fit of frustration! I was disappointed at what I found – no one had a solid answer to this question.

Who am I, and why should you listen to me? I go by the name “Endless” on Twitch and Discord, and I broadcast live games of Star Wars: Legion at http://www.twitch.tv/yavinbase/ – I watch and analyze several games of Legion every week, and I’ve won a National Championship. This article was partially inspired by a number of common mistakes I’ve seen players make along the way, including myself, and I want to offer advice on how to avoid or correct them. They’re not in any particular order, this is more of a lightly refined brain dump on how to get better, but here is what we’ll address:

Item 1: Master your Mechanics and Know Your Rules 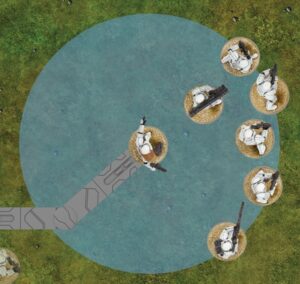 Every unit in Legion has a theme and mechanics to fit that theme. Some are themes are broader, at the faction level, like Coordinate or Clone Trooper. Some are narrower, at the unit level, like Jump or Agile. Whatever the mechanics are, you have to use them properly. This means studying their rules and knowing their limitations. For example, a deep understanding of the cover and casualty removal rules can allow you to improve your cohesion mechanics in a variety of ways, while knowing the nuances of movement is important for utilizing ability triggers like charge, steady, and agile.  Knowing the rules of your units in depth also protects you from unscrupulous opponents that try to take advantage of your ignorance.

If you’ve bought into the game recently, more than likely it’s been by purchasing the Clone Wars core set. Both of the factions in this box, the Grand Army of the Republic and the Separatist Alliance, contain a mechanic you absolutely have to nail to play them at the highest level. Battle Droids can pass orders with Coordinate and eliminate the randomness of the order pool. Clone Troopers can pass their green tokens to other units nearby, allowing them to stack actions in relevant areas of battle to overwhelm their opponent. These are both hugely significant edges that should always be part of your plan.

A great example of knowing the rules that came up in a recent game of mine is whether the card Offensive Push worked with a unit that was climbing. Since Tactical requires a Standard Move, the answer was no, so the climbing unit wouldn’t gain that aim token. This was fortunate, since climbing was the only way that unit was going to see to shoot anything!

Now, this doesn’t mean that you have to memorize the entire rules reference (even though it’s very possible, and doing this does help make games go faster!) I know that it helps me to sit and browse the Legion rules reference from time to time to refresh my memory, and I consider myself very experienced. You should also seek out knowledgeable players and ask them rules questions as they come up. The more intimately you know the rules of the game and the mechanics of your army, the tighter and more effective your gameplay will be. As you become more familiar with the rules and the way rules interact with one another, you’ll be able to pass on what you have learned to other players. 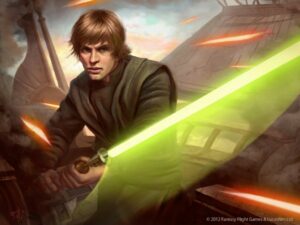 Item 2: What Are Your Unit Loops?

When adding units to an army, and upgrades to a unit, it’s useful to think about what that unit is actually going to be doing on the battlefield. Can you picture yourself going through the steps of an activation with that unit? What does that look like? 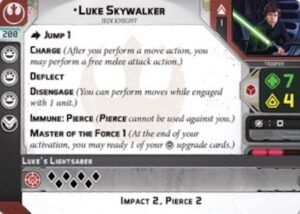 An example of a unit with a clear loop is a force user like Luke Skywalker, Jedi Knight. Most likely, Luke will move twice and use one force power with Master of the Force 1. Luke has the Charge keyword which takes care of his attack action. Luke also has the training upgrade slot, is a heavy melee beatstick, and is also taking lots of dodge tokens to use Deflect, so you might consider taking Tenacity, Offensive Push or Situational Awareness on him.

The reality of what you do in the game is a little more complex than this, but you want to have a gist of what conditions are ideal for your units. For example, Snipers generally don’t want to spend time moving (unless you have Tactical) because they’d rather take aim, and then attack. Some units want to spend all their time doing objectives (naked squads) or making progress towards completing an alternate win condition (Bounty or Secret Mission). “On this turn, what is this unit going to do?”

When all of your units have a clear purpose, now you’re probably wondering about executing the plays. This leads us into the next couple of topics: thinking ahead and plugging holes in turn zero. 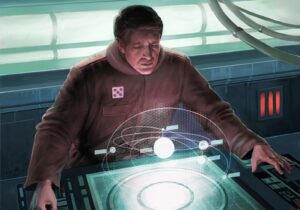 This is related to an older article on this subject about counting in Legion, but it incorporates more visualization.

One of my co-hosts on the Notorious Scoundrels podcast, Kyle Dornbos, mentioned that he comes up with a game-long plan for each of his units. Initially I scoffed at this, but the more I’ve played, the more I’ve learned that having a strong concept of what a unit is going to do for all six turns is highly effective. This seems very basic when you put it on paper, but it’s tough to hold all that information in your head when you are new to the game. Like any other skill, it requires practice.

Let’s go back to the Sniper Strike team we introduced earlier. This unit wants to aim and shoot, so the faster we get it to a location it can do those two actions, the better. Look at the board and try to guess where a good place for them to stand might be and see if you can estimate how long it would take them to get there. Strike teams have at least 1 point of Scout, so this makes their job easier. Other units might need a track to move on that keeps them in heavy cover, or a place to hide, lying in wait for an opportunity to strike.

Some of this comes with experience, but the more you can visualize the board state ahead of time, the better choices you’ll be able to make. Legion takes on a chess-like quality in this way, though far more dynamic than the sixty-four squares. There may be no perfect answer to the situations in front of you, but by visualizing the turn you can refine your choices. 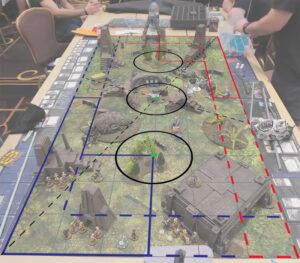 Now that you have some idea of what your units are going to be doing and where they would like to go, let’s go back to the very start of the game – “turn zero.” It’s an unfortunate truth, but games are won and lost in this step. Refining Turn Zero bleeds a lot into the topics of list and battle deck construction, so let’s remain focused on the idea of a “leak.”

A “leak” is a shorthand to describe a weak decision or an inefficient use of resources. By plugging leaks, you increase the quality of your play. A really simple example of a leak would be not using (or forgetting to use) a Scout move to the fullest potential. Let’s say your Sniper team moves with Scout, but then finds it needs to move again on its first turn to shoot. If it didn’t have to take this move, it could have aimed on its opening shot instead. To plug this leak, you’ll be looking to replace less efficient sequences (scout/move/shoot) with more efficient sequences (scout/aim/shoot).

Here’s a slightly more complicated example of a leak in Turn Zero: units that are not misplaced relative to one another, but are misplaced relative to the objective. A recent game I watched featured a set of moisture vaporators (objectives) that were placed in decent positions (defensible, heavy cover, decently far away from the opponent.) But what followed next was a highly central deployment of the army. 9/10ths in the middle of the board, with only one unit available to defend the far objective.

So what happened next? This player’s opponent quickly seized the opportunity to focus down that single unit, blowing a very valuable command card early, but this gambit worked. The opponent gained control of that far objective while the main body of both armies were tied up fighting in the middle. By contrast, the far-placed objective on the opponent’s side of the board was on top of terrain that was quite easily defended, and practically inaccessible by units that could capture it. The opponent had deployed his Scouting units in such fashion that they could lock it down and go back to attacking as fast as possible. Plugging a leak like this would mean, given the chance to set up again, placing more units on defense in that flank and swinging in to attack in much the same way that this player had done.

So what if you have a leaky turn zero, is the game over? By no means – you’ll just have to identify your win condition and play towards it, which is another topic in itself. Make a mental note for next game, and see if you can make an adjustment in the area of the leak.

I hope these thoughts are helpful, and give you some useful insight.

2 thoughts on “From Padawan to Knight – Improving at Legion”